Coming as no surprise on the same day as the letter invoking Article 50 to separate the UK from the European Union, the EU on March 29 blocked the all but forgone merger between the London Stock Exchange Group and Deutsche Boerse.

The proposed merger was an unwieldy deal from the start. There were considerable questions regarding how the two companies with highly distinct operations, technological implementations, and cultures could be merged together to provide economies of scale and synergies required by shareholders. In many ways, the deal became the ultimate tale of bad timing. Due to the tsunamis of MiFID II deadlines, Brexit, and the election of Donald Trump, a deal often categorised by industry pundits as an act of desperation, came to a halt in Brussels.

Both the European Securities and Markets Authority (ESMA) and the Financial Conduct Authority (FCA) in the UK are holding to their statement that Brexit will have no impact on the applicability of MiFID II nor its January 3, 2018 effective date. One has to wonder if the political negotiations that will go on for two years will undermine the mandate behind MiFID II and the unity presented by ESMA and the FCA. One would expect that the threat (or opportunity) of regulatory arbitrage will be employed during the Brexit negotiations. The Deutsche Boerse will be relatively immune to this wrangling.

However, the LSE Group, in the presence of disparate, and possibly even conflicting regulatory regimes in the future, may be faced with excessive costs of multiple regulatory regimes. One wonders if the LSE may look west for a US or Canadian suitor, in light of the CBOE-BATS merger. One would think that after the successful digestion of the NYSE and Interactive Data Corporation (IDC) that the Intercontinental Exchange (ICE) would be a leading candidate yet again. One gets the idea that the courtship of the LSE will continue as it has for nearly 20 years. With President Trump, Brexit, and a resolute EU, regulatory arbitrage opportunities will be the area to watch.

END_OF_DOCUMENT_TOKEN_TO_BE_REPLACED 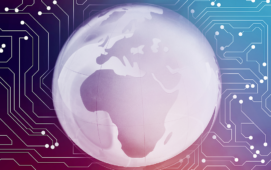