The Regulatory Oversight Committee (ROC) of the global Legal Entity Identifier (LEI) system has taken another significant step forward with the endorsement of three pre-Local Operating Units (LOUs) and the exclusion of 3,000 pre-LEI CFTC Interim Compliance Identifier (CICI) codes from the system. It is also finalising the appointment of a board directors for the Central Operating Unit (COU) and is expected to announce the leadership team this month.

The three pre-LOUs that have been endorsed in line with the principles set down by the ROC on July 27, 2013, are the CICI Utility operated by DTCC and sponsored by the Commodity Futures Trading Commission (CFTC); WM Datenservice, sponsored by Bundesanstalt für Finanzdienstleistungsaufsicht; and Institut National de la Statistique et des Etudes Economiques (INSEE), sponsored by the French Ministry for Economy and Finance.

The endorsement of pre-LOUs by the ROC makes pre-LEIs they have issued and will issue globally acceptable to regulators that have assented to the ROC charter and include pre-LEIs in their transaction reporting rules. Regulators joining the global LEI system include the Monetary Authority of Singapore, which will require reporting with pre-LEIs later this month. Trade repositories registered with the European Securities and Markets Authority, the Australian Securities & Investment Commission and various Canadian provincial regulators will become part of the system in 2014, while Hong Kong’s trade repository will use pre-LEIs in OTC derivatives trade reporting.

Announcing the pre-LOU endorsements on October 3, the ROC added a caveat on additional guidance, stating: “During this interim period, the ROC recognises that improvement will be necessary as the system moves from this early start-up period to full operational deployment. As a result, additional guidance can be expected from the ROC and later from the global LEI Foundation operating the COU, that all endorsed pre-LOUs and perspective pre-LOUs will be required to follow to ensure that the system meets its intended objective of supplying high quality and precise entity identification.”

Among the additional guidance, the ROC notes specific direction relating to the collection and publication of information described in the ISO 17442 standard for the LEI. This follows a recent ISO Standards Advisory Group meeting on ISO 17442 that agreed: “ISO requires that all attributes of the LEI data record be completed before an ISO 17442 compliant LEI can be issued.” The only exceptions to this rule are where the data does not exist or is subject to legal constraints imposed by the data owner in the context of business registries. This means all pre-LOUs will have to collect and display business registry information when available and, when the ROC provides additional guidance, endorsed pre-LOUs will have to follow it without unnecessary delay.

Additional guidance on porting pre-LEIs from one pre-LOU to another is also expected and will include both policy and technical guidance. Endorsed pre-LOUs can port pre-LEIs ahead of this guidance, but will need to conform once guidance is available. No porting fee should be charged by the originating pre-LOU, although industry participants expect an administration charge to be made by the receiving pre-LOU.

Guidance will also be forthcoming on funding of the global LEI Foundation, with all endorsed pre-LOUs expected to contribute along the lines of the Financial Stability Board’s (FSB) June 2012 recommendation of two components of funding: a local discretionary charge; and a common fee based on the number of registrations in each LOU. This will pay for the centralised operations in the COU and any costs of implementing and sustaining the governance framework.

The ROC update goes on to clarify the position of CICIs issued before November 30 2012 that are not self-certified but have been used for CFTC reporting. There are about 3,000 of these codes left on the CICI database following DTCC’s purge of about 17,000 CICIs that were not self-registered or used at the end of August 2013. These codes, called Uncertified Used CICIs, will not be globally recognised and will be moved to an historical database at the CICI utility by November 30, 2013, and used only for audit and historical purposes.

The ROC endorsement and update note followed a webinar on the progress of the global LEI system hosted by the Global Financial Markets Association. The webinar panel comprised ROC chair Matt Reed from the US Office of Financial Research, ROC vice chair Bertrand Couillault from Banque de France, and co-chair of the Committee of Evaluation and Standards (CES) Francis Gross from the European Central Bank. Pre-LOUs issuing pre-LEIs were also represented.

The webinar discussed the appointment of a board of directors for the COU, with Reed commenting: “Following the call for applications in August, about 40 applications were received. The ROC executive committee vetted and interviewed applicants and has selected a list of recommended directors. This will be considered by the full ROC and reviewed by the FSB. We expect the process to be finalised this month and first meetings of the board to be held later this year. The operational question of when the COU will begin to negotiate contracts with LOUs and for a federated IT system is more difficult. The COUs initial load will by light, but we hope the ROC will hand off its work to the COU on an incremental basis through 2014.”

The webinar also reiterated that requests for pre-LEIs must be validated by pre-LOUs before a pre-LEI is issued and went on to look at issues around the LEI that remain to be clarified. The webinar noted the need for further guidance on standards for historical and audit data to support LEI portability, further detail on the survival rule that will come into play if an entity has duplicate codes, and how funds will be treated within the global system.

Gross described funds as a ‘wild frontier’ and Reed explained that the CES is working on technical aspects of including funds in the system and that the ROC will then provide guidance on inclusion. He added: “We are trying to do what must be done to move the interim system forward and transition to a full global system.”

Turning to the pre-LOUs, all active organisations reported minor changes to bring them into line with the 27 July principles for endorsement and reported on their activities. DTCC reported a change of timing in issuing CICIs from registration to validation and a plan for a further release of its website to include more information. The DTCC has issued about 80,000 pre-LEIs, 62% covering entities in the US, and will continue to offer a consolidated file of all issued pre-LEIs.

WM Datenservice has issued about 7,400 German Entity Identifiers, 99% to German and other European entities, and like the CICI utility is operating on a global scale. It plans to provide a consolidate file this month. In France, INSEE is currently issuing the LEI France only to French entities and funds. It has issued about 800 LEI France codes and is building up its website to include all the functionality required for pre-LEI issuance including registration, validation, self-certification and payment. It is not producing a consolidated data file on the grounds that others are.

The LSE has issued about 250 Interim Entity Identifiers and is preparing to start the ROC endorsement process. Its scope is global and it offers both a daily consolidated feed of all pre-LEI data as well as flat files that can be downloaded for easy access to the data. Both INSEE and the LSE noted European Market Infrastructure Regulation as a driver for entities to obtain pre-LEI codes.

Concluding the webinar, Gross said: “Once the COU is in place we will have a global LEI system. The COU will set up LOUs, maybe not in every country but there will be an LOU near you, and pre-LEIs will transition into LEIs.”

END_OF_DOCUMENT_TOKEN_TO_BE_REPLACED 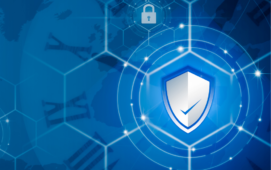