The Financial Stability Board’s (FSB) decision to set a deadline of March 2013 for the introduction of a global legal entity identifier (LEI) system may be tight, but industry experts say it can be achieved by using existing infrastructure and following the board’s federated approach to a global solution.

The deadline was set by the FSB at its meeting in Hong Kong this week. As a result, ISO has finalised and published its ISO 17442 standard that specifies elements of an LEI scheme to identify legal entities.

The standard previously included governance of a central registration authority – the role Swift suggested it would take – but the FSB asked the ISO to remove this following recommendations from the LEI expert and industry working groups that a federated model of registration authorities would be preferable to a single organisation allocating LEIs on a global basis.

The FSB issued a statement this week stating: “The FSB approved recommendations to support the establishment of a global LEI system that will provide a unique global identifier for parties to financial transactions, as requested at the Cannes Summit. The recommendations will be submitted to the Los Cabos Summit. The proposals set out a governance framework to protect the public interest, while promoting active coordination between the global regulatory community and the private sector in the implementation of the system. The proposals for the initial reference data and LEI code are in line with the ISO 17442 standard published today. The recommended implementation plan targets launch of the global LEI system on a self-standing basis by March 2013.”

With ISO 17442 in place and the FSB’s recommendations to the G20 Summit only weeks away, Chris Pickles, BT head of industry initiatives, global banking and financial markets, says an LEI solution could be up and running quickly. As a potential network and services provider, BT is in discussion with other interested parties, including Financial InterGroup Holdings, about how the infrastructure could be set up quickly and efficiently.

“A lot of what is needed is already in place, so the FSB deadline is achievable. The need for legislation in each country means it is unlikely that all countries will be using the LEI in 2013, but on the basis that it will be used by most developed countries by then and that a few firms are responsible for a large part of the global trade flow, there will be a start in the right direction by 2013,” he says.

Despite readily available infrastructure for the LEI, Pickles points to the potential investment that will have to be made by financial institutions if they are to avoid years of inefficiency in cross-referencing the LEI to existing identifiers. “If firms implement the LEI as a unique identifier, the investment in technology will be high but they will achieve massive savings. Firms that simply add the LEI number to other numbers will probably increase their costs and not achieve savings. Firms need to start cross-referencing, then build out to reduce cross-referencing and multiple customer databases.”

Allan Grody, president of Financial InterGroup Holdings, a financial industry development company that has supported a federated approach to the LEI for many years and leads an industry group promoting proposals for the identifier and its infrastructure, agrees that time is not a stumbling block. He says: “March 2013 is quite achievable, certainly for our group. We have been working on this for seven years and have recently been demonstrating our system to regulators. The key to implementation around the globe is similar legislation compelling financial market participants to get an LEI, as is now passed in the US.”

Grody expects the FSB’s recommendation to the G20 Summit to go no further than laying the groundwork for the process of building the global information systems that will support the LEI, but says the industry group led by Financial InterGroup already has federated models for the registration of the LEI code and its reference data that could build on this.

In terms of how the LEI solution will move forward, he expects the G20 Summit to accept the FSB’s recommendations and kick start the process of creating a governance structure for the LEI initiative and selecting infrastructure suppliers through a request for proposals. Roll out of the infrastructure would follow each sovereign jurisdiction’s passing of legislation or regulation to implement the LEI programme.

From a data vendor point of view, Darren Marsh, business manager for risk and compliance services at Interactive Data, says: “We view the FSB’s statement as a positive step. The 2013 deadline is aggressive and we are still waiting for final statements on a number of issues, but we will start to provide provisional LEIs that are publically available from the Global Financial Markets Association from the third quarter of this year. A utility will provide LEIs when they are finalised, but the first 9,700 provisional LEIs have been created for Commodity Futures Trading Commission (CFTC) OTC reporting.”

While the FSB has not detailed the recommendations on an LEI solution it will make to the Los Cabos Summit on 18 and 19 June, it is highly likely they will cover a federated approach to the LEI that supports national or regional registration authorities linked in a federated model. This could give national agencies, perhaps exchanges or data vendors, the role of allocating, registering and storing LEIs.

Pickles says: “A federated approach to the LEI means countries will decide on their own infrastructure for the LEI and regulation for their own market. They could name an existing body as the new registration authority, build a new one or outsource the task, for example they could outsource to DTCC which is meeting the requirements of the CFTC to have a legal entity identifier system up and running in the US this summer.”

In terms of governance of the global LEI solution, Pickles suggests that organisations such as the Committee on Payment and Settlement Systems (CPSS) and the International Organisation of Securities Commissions (IOSCO), essentially the global association of regulators, could take the lead, while individual countries must legislate or regulate around the LEI.

Having watched the development of the LEI solution over the past few years, Pickles concludes: “This is the beginning of something big and new, something that will be fundamental to the financial infrastructure of the world. The first element of the LEI story is the 20 character legal entity identifier, the second is the reference data for each LEI. The third element is how the LEI and its infrastructure will be used by regulators for risk management. Work on this has not started yet and will be the next big topic in the story.”

END_OF_DOCUMENT_TOKEN_TO_BE_REPLACED 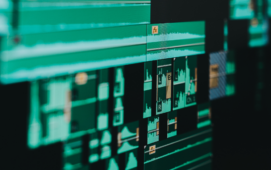 Dublin-based Corlytics has acquired ING SparQ, which helps financial institutions identify and implement external regulation more efficiently, in a transaction valued at €5 million. Corlytics will SparQ with its own capabilities to create a unified ‘monitoring to policy’ platform that automates the regulatory change lifecycle and allows firms to update and enforce internal policies and...