At the weekend, the G20 indicated that the Financial Stability Board’s (FSB) powers with regards to systemic risk monitoring and data gathering would be increased to allow it to compile an annual review on how well financial regulations have been adopted across the G20 countries. And, at the end of last month, the European Systemic Risk Board (ESRB) published a decision on the provision and collection of information that is required in order to monitor systemic risk within the European Union. In both cases, basic reference data such as legal entity and instrument data will be essential to carry out these responsibilities.

The FSB has been tasked with providing an annual country by country assessment on how well individual regulators have implemented global reform programmes, including meeting specific data standardisation requirements. In fact, the G20 meeting condoned the work that has been done towards setting a legal entity identification (LEI) standard and has left this in the hands of the FSB to monitor progress.

In the ESRB’s decision document, which was published at the end of September (and is available to download at the bottom of the page), the European level regulator grants the European Central Bank (ECB) with the power to provide statistical support and the three individual European supervisory bodies (for the pensions and insurance, banking and securities markets, respectively) with the responsibility of gathering the relevant data for their industries.

To put all of this into specific regulatory context, Article 3(2) of Regulation (EU) No 1092/2010 provides that the ESRB has to “determine and/or collect and analyse all relevant and necessary information for the macro-prudential oversight of the financial system within the Union in order to contribute to the prevention or mitigation of systemic risks to financial stability in the Union.” A necessary requirement in order to perform this task is therefore the ability to track legal entity exposures across the region and across the instruments in which they are investing.

Of course, the next iteration of MiFID is on the cards and is, in fact, due to come into force this week (more on which soon), hence these requirements are likely to increase across markets outside of just the equity space.

END_OF_DOCUMENT_TOKEN_TO_BE_REPLACED 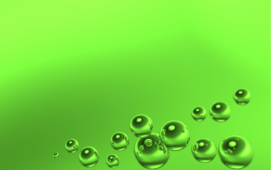