Following a period of extended pilot testing, Butterlink is launching the latest version of its corporate actions utility in the hopes of attracting the necessary volume of clients for the free service.

Butterlink, formed by a number of corporate actions specialists back in 2004, has so far signed up 117 users at 53 financial institutions, including Morgan Stanley and Mizhuo International for the corporate actions system. It hopes to convert these to active users.

The utility aims to improve transparency in the world of corporate actions, by removing the need for systematic comparisons of data across vendors that is performed within every financial institution, by providing a direct method of building and validating messages simultaneously. At entry, the data is immediately checked against any existing entries for that event, and exceptions notified. The data can also be anonymously compared peer-to-peer.

A key aspect of the service is that it effectively enforces the use of the ISO 15022 (MT564-568) standard for corporate actions. It does this through the use of an online validation tool for data entry. Users can, however, remove or change elements and the system will notify them if and why their message is failing to meet the standard format. Downstream systems must, of course, be able to handle ISO 15022 messages.

One of the keys to making the model work, will be the adoption of the system by the wide network of sub-custodians. These sub-custodians will enter the corporate actions into the system as an original source, which will then be distributed to the banks. It is hoped that eventually, corporates and fund managers may also come on board.

This will help to eliminate many of the errors that are introduced in manual re-entry of data into internal systems by the banks once instructions have been received. It will also require sub-custodians who say, reside in Italy, to use, for example, the English language and the same response date as in other countries, which will make the job of the consumers of the data much easier.

The benefit for sub-custodians in using this system will be the efficient communication of their data to their clients, assuming enough are on board. Once sub-custodians are on board, and indeed any other originators of corporate actions messages, the larger banks will be able to reap the benefits of the automation of corporate actions messages through the reduced operational risk, manual errors and associated costs.

The output from the system is also both machine and human-readable. And the provision of ISO 15022 capabilities at very low or no cost will be of significant benefit to participants, particularly smaller sized firms handling lower volumes of messages, which currently have no such mechanism.

The free access on its new version 1.019 will offered up to March of 2006. During this period, Butterlink hopes to gain feedback from those using the system that will be used to enhance its ongoing development. This period will also enable Butterlink to fully test the load handling and capacity of the system.

Following the free access period, it is envisaged that there will be a per transaction charge of around EUR5 per transaction. Olivia Stelloo, head of marketing at Butterlink, says, “While those likely to gain most
from use of Butterlink are medium and small size firms that perhaps do not already have the systems in place that the large firms do, we will also be creating volume discount licenses for higher volume users. The most a firm is likely to spend on our system is around EUR20,000 per year.”

The service is being provided via secure online access. Clients can also choose to host a local server onsite. This will address the issue of keeping proprietary and sensitive positions and accounts data locally. Alternatively, this sensitive data can be encrypted.

In addition, various functionality is being developed that can be added as modules to the core system. One that is in current development is a calendar that will integrate to a user’s Microsoft Outlook application, says Stelloo.

For users wishing to participate in the free usage period, there are no implementation requirements as the service is offered online, and no change in workflow is required, says Stelloo.
The Butterlink system was originally created through working with a large bank in London, which is still using the system today. There has been close to £1 million in development, hardware, and resource spent to build up the system so far. Says Stelloo, “Technology has advanced, and we are leveraging it with the aim of changing the way corporate actions messages are generated and distributed.”

END_OF_DOCUMENT_TOKEN_TO_BE_REPLACED 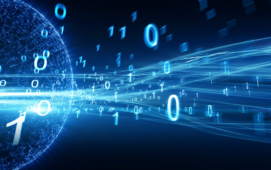