FIX Release of Orchestra Supports Standardisation of Rules of Engagement

The FIX Trading Community has published Release Candidate 3 of FIX Orchestra for public review. FIX Orchestra supports machine readable rules of engagement between counterparties and enables firms to define their service offerings in a systematic way, certify flows faster and with greater accuracy, and reduce manual intervention. It is designed to help the financial industry move further towards standardisation and automation of the rules of engagement and deliver efficiencies to the counterparty onboarding process.

The simplest use of FIX Orchestra will be to create an unambiguous specification for a service offering, replacing PDF and Word documents that are not actionable. In its most extreme adoption level, FIX Orchestra can be used to automate the entire process of onboarding, normalising, and validating disparate counterparty implementations.

Essentially, FIX Orchestra is a standard for the exchange of metadata about the behaviour of FIX applications that will allow adopters of not only FIX, but any messaging protocol, to describe their service offering. The ultimate goal is to bring the capability of ‘plug and play’ into the FIX ecosystem, improving operational efficiency and reducing the time to trading for the FIX Community.

Nirav Shah, senior vice president, testing tools engineering at Itiviti, says: “We are closely involved in the area of standardisation and automation of rules of engagement. We are observing the progress of FIX Orchestra and evaluating how our platforms can consume FIX Orchestra files for automation of testing using an unambiguous specification of a service offering.”

Damian Bierman, vice president, head of Asia-Pacific at Portware, and co-chair of the Global Technical Committee of the FIX Trading Community, adds: “FIX Orchestra delivers major efficiencies to the counterparty onboarding process and promises to bring benefits to the entire industry. Ultimately, firms on Orchestra will be able to start trading faster, with greater ease and at lower cost than ever before.”

The next steps of this initiative will be to work with firms on early adoption to drive and mature the standard.

END_OF_DOCUMENT_TOKEN_TO_BE_REPLACED 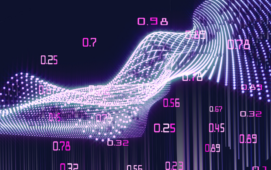