FIX Protocol Ltd. (FPL) has recommended standards to support the consolidation of trade reports and market data in European equity markets. It suggests the standards could play into the European consolidated tape mandated by MiFID and accelerate discussion about similar standards for fixed income and derivatives markets.

The recommended standards are the result of work by FPL’s EMEA Trade Data Standardisation Working Group in conjunction with the Market Model Typology initiative, which focuses on addressing data standards for trade reporting codes. The aim of the standards is to improve post-trade transparency and data quality in European equity markets, factors that are pre-requisite to the delivery of a consolidated tape.

The recommendations include consistent use of standards to identify trading information including: where a trade was issued and in which currency; on which trading venue or exchange the order was executed, or if it had been executed over the counter (OTC); and the time of trade execution and time of reporting by the execution venue expressed to the nearest millisecond and microsecond if the individual execution venue has the capacity to report at this level.

While MiFID II is not expected to be implemented until late 2014 or early 2015, FPL says it is important to start to adopt these kinds of measures to make data more useful to market participants and meet regulation is it emerges. The final form of a European consolidated tape has yet to be finalised, but out of three suggestions outlined by the European Commission – a single not-for-profit utility, a single commercial system won through a tender process, or the provision of consistent data by multiple data vendors on a commercial basis – the multiple data vendor option is expected to be favoured at least in the first instance.

Andrew Allwright, co-chair of the FPL Trade Data Standardisation Working Group and EMEA head of market structure at Thomson Reuters, explains: “The question of exactly how the European consolidated tape will work is still on the table ahead of the Commission finalising MiFID II regulation, but whichever option is selected it will need standardisation with consolidated data from all sources being consistent. Once the regulation is finalised, the European Securities and Markets Authority (ESMA) will provide more details around the tape and post-trade processing of equities. FPL is providing a starting point for ESMA and hopes it will welcome the recommendations.”

This is the FPL group’s first published work and builds on an industry consultation set up in 2010 by the Committee of European Securities Regulators and reporting to ESMA.

“We took the output from this and drilled down to discover how data could be incorporated into standardised feed protocols, what was required to achieve this and how such feeds could be implemented,” says Allwright. “We looked at equities trading on platforms, then drilled down to look at OTC equity trading. In defining recommended standards for equities, we also recognise the need to reach out and get involved with fixed income and derivatives so that the implications of Approved Publication Arrangements are consistent across asset classes.”

To date, FPL has distributed its suggestions for equity trading to its membership and in future it intends to engage with regulators and ESMA to encourage their take up. Allwright notes that some aspects of the recommendations are already in use in the market, but points out that critical elements such as time stamping have not yet been widely adopted.

END_OF_DOCUMENT_TOKEN_TO_BE_REPLACED 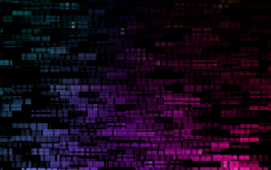