The EDM Council has decided to restructure its operations under four main areas of business in order to better engage with the industry it is charged with representing: standards; best practices; engagement (with a focus on regulators and academia); and internal operations. A large proportion of the standards work will likely focus on the area of entity identification, given the current end of January deadline for industry feedback on the subject to the Office of Financial Research in the US, and the EDM Council has seemingly pinned its hopes on ISO, Swift and GS1 to provide a legal entity identification solution (Avox and S&P’s Cabre being notably absent from the list).

“The objective of the new model will be to facilitate engagement by the membership in the full spectrum of activities currently underway,” said managing director Mike Atkin in his end of year report. The four new project areas will be headed by dedicated member working groups, to which members will be able sign up to imminently, and will involve a regular meeting schedule, he added.

Atkin described the issue of entity identification as being at the top of the industry group’s list in light of the pressing deadlines: as well as the end of January feedback deadline, US regulators want a legal entity identifier to be decided upon and written into related legislation by the 15 July. The EDM Council itself has long pinned its colours to the mast with regards to the establishment of the Office of Financial Research and was a key supporter of the campaign to set up its past incarnation, the National Institute of Finance back in 2009. As noted by Atkin in his report, the industry group’s view of the Office of Financial Research is that it could be a “good friend” of the financial services community as a whole by driving forward standardisation.

Now, the EDM Council is keen to get into the nitty gritty of deciding upon a suitable identification standard for legal entities for use within the context of systemic risk monitoring and beyond. It is therefore working on a response to the US Treasury’s Statement on Entity Identification for Financial Contracts as a “neutral facilitator” for the data management industry. To this end it has singled out three entity identification options: ISO 9362 (otherwise known as the Swift Bank Identifier Code or BIC); ISO’s Issuer and Guarantor Identifier (IGI), which was developed following the failure of ISO 16372 (otherwise known as the International Business Entity Identifier or IBEI) to gain traction; and the GS1 System identification numbering standards, which are currently used as the foundation for barcodes in the world of consumer retail.

It is strange, however, that the identifier developed by DTCC-owned Avox and S&P’s Cusip Global Services (CGS), the Cusip Avox Business Reference Entity (Cabre) identifier, is not mentioned within the industry group’s report, nor the ability of the DTCC or CGS to act as the registration authority. Especially as CGS has made progress towards becoming more open by making the code freely available to Cusip customers in November and the DTCC is hot tipped to be the technology provider to the Office of Financial Research itself. Even if, as noted by Avox CEO Ken Price, the DTCC will be “identifier agnostic”, surely the Cabre stands as much of a chance as any of getting the industry’s vote?

The other options are also far from perfect. For example, there is some degree of debate at the moment about how, or even if the BIC should be developed to act as a more general entity identifier for the market, rather than its current function as a bank identifier within the framework of the messages carried across the Swift network. Regulators are keen for country codes to be embedded in the standard to allow for jurisdictional clarity, but some industry participants have indicated they are keen for such codes to be left out and for the identifier to be a “dummy” identifier. The industry network provider has also been rather reticent to make grand public statements on the BIC’s progress thus far. Let’s hope Swift is more forthcoming on the subject before the end of January.

The IGI initiative is still in the fairly early stages at the moment and its extension to all entities in the financial services chain is currently under review, along with the decision whether to combine this effort with the BIC developments. Such uncertainty doesn’t bode well in light of the timelines.

Allan Grody, president of advisory firm Financial InterGroup, is leading the GS1 initiative and he believes the UPC barcode could be put to use in the financial services context. He therefore launched a feasibility project last year to determine whether GS1 System identification numbering standards could be used to tag financial products and business entities. However, introducing a whole new system of GS1 numbering standards across the financial services industry would be no mean feat.

Turning back to the EDM Council’s regulatory agenda for the moment, two other items feature: the joint Commodity Futures Trading Commission (CFTC) and Securities and Exchange Commission (SEC) request for comment on new swaps data recordkeeping and reporting requirements; and feedback to the two regulators’ joint feasibility study on the use of new algorithmic descriptions for complex and standardised derivatives. Both of these relate to the establishment of new instrument and entity identifiers, although the deadline for the latter project has passed and the results will not be made available until March this year.

Given the funding woes being experienced by both regulators at the moment and the potential for more in the future (with Republicans vowing to cut spending as they take control of the House of Representatives), it will be interesting to see whether the foot is taken off the pedal with regards to tackling these data challenges this year.

In the meantime and on the subject of the OTC derivatives instrument identifier, Atkin’s report notes: “Our hypothesis is for an identifier with no embedded intelligence, with both description and classification based on the attributes of the derivative. We foresee the issuer (seller) of the derivative being responsible for generating a unique (dumb) identifier based on an established algorithm and submitting it to the swap trade repository along with a full semantic description of the attributes of the swap. We envision the attributes being based on the EDM Council’s Semantics Repository. We suggest that a classification scheme will not be necessary. Instead, analysts can look at (and compare) these instruments based on their attributes.”

Of course, given its position as an industry body, the EDM Council is seeking comment from its members on these subjects. It will be interesting to see whether Cabre is added as an option to the entity identifier list before the end of January deadline.

END_OF_DOCUMENT_TOKEN_TO_BE_REPLACED 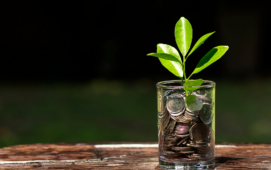 ISS ESG has created a data-rich solution to help fund manufacturers and other asset managers create and manage portfolios that fit their sustainability strategies and comply with evolving global regulations. The Regulatory Sustainable Investment Solution (RSI) enables market participants to establish the proportion of their investments that adhere to customisable sustainability thresholds. The product if...