Does the European Commission’s Ruling on S&P Regarding ISIN Pricing go Far Enough?

Some corners of the industry are not convinced that the European Commission’s recent ruling on Standard & Poor’s ISIN pricing commitments goes far enough, as evidenced by comments made by a number of industry associations including the European Fund and Asset Management Association (EFAMA) and the UK-based Information Provider User Group (IPUG) last week. It seems these bodies are keen for the data vendor to meet a number of additional minimum requirements including guaranteeing that it will allow the free usage of US ISINs in all internal and external databases and applications without any contractual commitment to the end user (ergo the removal of the underlying Cusip usage agreement).

The deal that has been struck thus far involves S&P’s Cusip Global Services (CGS) business cutting the fee it charges European customers to receive ISINs for US securities. Although the data vendor continues to “strongly disagree” with the EC’s ruling that it is abusing its dominant market position with regards to charging for ISINs, it has agreed to take steps to address these concerns and thus has set a limit of an annual charge of US$15,000 for European firms and other data vendors (for redistribution purposes) to receive US ISIN record masterfile data in a new standalone format (with no “additional data” included). The vendor indicates it would also no longer charge firms that opt to source ISINs directly from other rival information vendors, thus ending the practice of double charging for this data.

These steps would be taken within the next five months and would be applicable over the next five years, dependent on the vendor continuing to operate as the US National Numbering Agency (NNA), of course. Within a month, CGS’ customers would also have the option to early termination of their customer agreements, which would come into effect the same date as the introduction of the new ISIN service.

The vendor is currently working on getting the new service up and running ahead of this deadline but has indicated that it will include the 12 character ISIN, issuer description, security description, maturity date, coupon rate and currency information (the basics, in other words). The feed will be updated daily via the internet file transfer protocol.

Industry associations including EFAMA, IPUG, German asset management association BVI Bundesverband Investment und Asset Management, French Association Francaise de la Gestion Financiere (AFG) and Swiss Information Providers User Group (SIPUG) have welcomed the move, but are urging further action be taken by the EC to ensure other licensing issues are addressed. They believe further clarity is needed to ensure that ISIN data is available to use without any extra charges being involved: Cusip usage agreements are of particular concern.

They are also seeking assurance that S&P “will not pursue end users based on any proclaimed IP, copyrights and data basing rights, in order to establish legal certainty on free ISIN usage in the entire financial market”. Moreover, they wish further clarity to be provided concerning the geographic coverage of the agreement outside of the EEA area.

The agreement itself includes a definition of an “information service provider” (ISP) that the associations feel could also prove problematic further down the line. The definition – “any entity that is in the business of collecting, aggregating and/or distributing information products and services for the benefit of third party customers” – could, they contend, mean firms outside of the vendor community get pulled into the category due to their reporting activities and thus be forced to pay additional licensing fees.

Even if it doesn’t address all these issues at the outset, the ruling does signal that after a long hiatus (more than two years, in fact), the regulator is keen to get moving again with its investigations into the competitive practices of data vendors active in Europe. In fact, Joaquín Almunia, vice president of the European Commission responsible for Competition Policy, has been particularly vocal about the regulator’s more aggressive stance towards this issue over the last few months.

Speaking at an event at the Cass Business School in London last week, Almunia said of the S&P ruling: “Our case against Standard & Poor’s regards the distribution of International Securities Identification Numbers developed by ISO, the International Organisation for Standardisation. S&P holds a monopoly position in the assignment of these ISO numbers to new securities issued in the US and in their distribution to the whole financial community. European investors have complained that S&P imposes license agreements and demands fees for the usage of the data even if they are downloaded from other vendors, something which is contrary to ISO rules. Our concern is that S&P may be abusing its dominant position by charging excessive prices. We are cooperating with the company and have just published, for consultation, proposals submitted by Standard & Poor’s to check whether we have found an acceptable solution.”

He also explained why competition investigations are so important to the EC going forward: “Competition control should ensure that the actual evolution of the market does not lead to structures that harm users and legitimate market participants. In particular, we should prevent that any one entity or group controls essential infrastructure – be it a trading platform, a clearing platform or a pre-trading service – to the benefit of a restricted few.”

He noted that these investigations would complement regulations such as MiFID, which will also push towards a more standardised environment and away from data vendors’ proprietary practices. “It may extend the scope of the exchanges’ obligation to publish transaction data. In addition, it may force the unbundling of the sale of pre- and post-trade data so that users will only acquire what they need. The use of common message protocols which do not attract proprietary standards might also be favoured,” he said on the subject of MiFID.

Of course, S&P is not the only vendor to be facing scrutiny by the EC: Thomson Reuters also fell under the spotlight in 2009 for its licensing practices for its RIC codes. The RIC codes are used across the industry to identify equities, stock indices and commodity futures, including those outside of Thomson Reuters’ portfolio of products. The ticker like codes are therefore viewed as endemic to the industry: although Thomson Reuters does not sell RICs, the codes used are proprietary to the vendor and are embedded in the data that it sells to financial institutions. Thomson Reuters may support other codes, but the Commission seems particularly concerned about its intellectual property rights with regards to RICs and whether the proprietary nature of these codes means clients are prevented from easily moving from one vendor to another.

On the Thomson Reuters case, Almunia said last week: “The case involving Thomson Reuters is about the restrictions the company imposes on the use of Reuters Instrument Codes – or RICs. For example, customers of Thomson Reuters cannot cross reference them with identifiers of other vendors to retrieve data from them. That makes switching to an alternative data feed vendor costly and difficult. We are concerned that the practice could amount to an abuse of dominant position. I take this opportunity to encourage the company to work with us for a speedy resolution of the case.”

Markit is the latest to come under investigation and early this month the EC launched an anti-trust investigation into Markit’s data sharing arrangements with 16 bank dealers in the credit default swap (CDS) market. The Commission is seeking to establish whether the derivatives data specialist and the banks “have colluded and/or may hold and abuse a dominant position in order to control the financial information on CDS,” which would be in breach of EU anti-trust legislation.

Almunia commented last week: “We want to find out if the banks are jointly coordinating the control of the information flow on CDS trade to prevent other providers and data vendors from developing competing services. Our preliminary investigations suggest that Markit may receive de facto exclusive information on the transactions and positions of many of these dealers. In addition, Markit’s licence agreements may be restricting the development of the market.”

END_OF_DOCUMENT_TOKEN_TO_BE_REPLACED 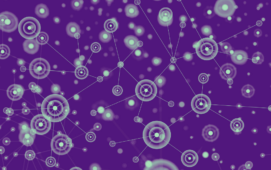