There are so many regulations facing the corporate actions and securities operations sector that back office teams may be hard pushed to get on with their day job, said Justin Chapman, global head of industry management, operations and technology at Northern Trust, at this month’s CorpActions 2011 conference in London. Nick Scott, managing director and head of global asset services at Deutsche Bank, added that one of the most onerous regulations on the table is the US Foreign Account Tax Compliance Act (FATCA), which will prove competition for corporate actions’ budgets.

The task for global securities services market players of meeting so many different (sometimes conflicting) reporting requirements across a number of jurisdictions will take a lot of time and energy, noted panellists debating the future of the corporate actions space. This deluge of regulation will therefore take C level investment and attention away from ongoing corporate actions automation projects.

Chapman created a slide for the event to highlight all of the global regulatory developments that are impacting the sector, thus emphasising the scale of the problem:

“All of this will mean that it will be that much harder to convince senior management to sign off on spend for corporate actions projects. Regulatory risk is being prioritised but, equally, you cannot ignore the potential costs and risks involved in getting corporate actions wrong,” said Deutsche Bank’s Scott.

He then elaborated on the laborious process his own team had to go through to get senior buy in to his own firm’s corporate actions project. “The chief challenge for us was to justify the spend of the project that we kicked off with TCS. We had to overcome the perceptions of the corporate actions space by different groups in Deutsche Bank at the outset,” he said. The TCS partner project therefore required a great degree of transparency and dialogue with the rest of the firm in order to enable other teams to feel some level of benefit and participation.

“We now have our hands around the process issues and have added in a lot of automation,” he added. Announcements has been a key area to tackle at the outset and the firm is now able to compare five different data vendor feeds in this regard and then scrub this data to ensure it is validated and correct. The errors and timeliness of the data providers’ feeds can also be measured, which allows Deutsche Bank to track data quality across vendors. The next area of focus for his team will be to enable the generation of notifications in a completely automated fashion, according to Scott.

However, all of this work could be made much harder via the distraction resulting from new regulatory requirements in so many new areas, panellists noted. Basel III, MiFID II, FATCA and a whole host of other new regulations are “just over the hill,” said Scott, and this could prove a challenge in terms of both buy in and new requirements that may impact the corporate actions processing world.

Ulrich Stritzke, head of securities and asset services operations at Credit Suisse, tried to put a positive spin on the regulatory deluge, contending that if levels of competition rise in the market as a result of these regulatory developments, efficiency will be much more of a focus. Ergo corporate actions automation projects will continue to be a focus because could represent a prime area for service level differentiation.

Given the evident and continuing lack of buy in to ISO 20022, the standards adoption process within smaller institutions may be seriously hindered by these regulatory developments, agreed panellists. Paul Bodart, executive vice president, CEO and head of EMEA global operations at Bank of New York Mellon, noted that at first glance, ISO 20022 appeared to be something of a “monster.” However, given the size of BNY Mellon as an organisation, it could cope with the predicted US$20 million cost of adoption of the new standard.

END_OF_DOCUMENT_TOKEN_TO_BE_REPLACED 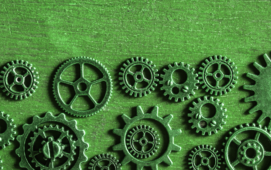