Data Management Steps Up a Gear

We can’t help but feel that the reference data marketplace has, over the past few months, stepped into another plane.

When we launched Reference Data Review almost three years ago (yes, three years!), the market was full of talk and devoid of action. Looking back at our coverage in 2005, we’re proud to see RDR has picked up on a host of major user implementations. This month, it’s Barclays Global Investors’ turn. We have many more such ‘case studies’ in the pipeline for future months’ reading.

The overwhelming message this year is that true data management techniques are now becoming de rigueur. Not only for big guns like Barclays, but all the way down through the food chain. And that’s a sea change from the confusion and fear that proliferated among dazzled data managers back in 2003.

But it’s that early-market sense of dread that we find somehow familiar. This time around, though, it’s MiFID that’s creating a mood of fear and loathing. With our launch of MiFID Monitor impending (see ad, Page 6), we’ve been talking to the great and the good of the industry to get their perspective on what it all means. So far, we’re hard-pushed to find an enthusiastic word for the overall objectives – not to mention the onerous means to achieving those ends.

Following a veritable slew of published white papers in the past several weeks, each attempting to examine just what the unfinished MiFID regulations really mean for our industry, the latest industry organization to join the MiFID bandwagon is Swift.

No white paper here. Rather, Swift says it’s going to establish a working group to ensure that future messaging standards comply with MiFID requirements. Initial investigations, it says, indicate that some work is required before the ISO 15022 and ISO 20022 standards reach 100% MiFID compliance (although, as we point out, the regulation remains something of a moving target).

Swift aims to kick off with the working group sometime next month; invitations have been sent. And aside from MiFID, the group will also consider the impact on messaging standards of other regulation, including the Giovannini and other harmonization projects.

Key to success in reaching MiFID compliance for all involved will be a firm grasp of the reference data required to underpin the manifold requirements contained in the regulation. Demonstration of best execution and transparency of internal quotes are two key requirements that themselves require firms to get a handle on their reference data operations – and for which applications we’re increasingly seeing major reference data management projects become core enablers. It may well be that MiFID has been sent to try us all. The glut of initiatives we’ve seen, though, in just the past two to three months surely illustrates the degree to which our marketplace has progressed from the days when getting one’s own reference data house in order was enough to cause sleepless nights.

END_OF_DOCUMENT_TOKEN_TO_BE_REPLACED 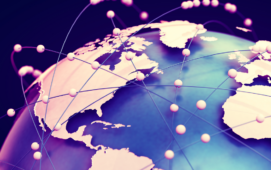