Collaboration between Cusip Global Services (CGS) and DTCC to augment the latter’s role as a pre-Local Operating Unit in the global legal entity identifier (LEI) system brings the Association of National Numbering Agencies (Anna) back into play in LEI development. CGS is not only the issuer of Cusip numbers covering securities, issuers, obligors and guarantors, but also the US National Numbering Agency (NNA).

Anna was part of a proposal for a global LEI system made by Sifma and the GSMA at the end of 2011 and reiterated the following June. It was also highlighted last year by DTCC as a means of creating a federated model of LOUs, but to date it has not had a fixed role in the LEI scheme.

This is due to be operational in April and CGS will then be able to offer issuers the ability to apply for both Cusip numbers and CICIs simultaneously through a single interface. This is expected to reduce time and effort in obtaining CICIs and also support wider adoption of the identifiers that will, ultimately, become part of the global LEI system. The platform is also intended to help insurance companies and their counterparty issuers meet regulations from the National Association of Insurance Commissioners on the use of LEIs in transaction and position reporting.

Scott Preiss, vice president of CGS, says CGS and DTCC had been chatting about collaboration for some time before accelerating the conversation at the end of last year. CGS also considered setting up its own pre-LOU, but decided collaboration with an existing registration infrastructure was a better way forward.

“Given our role in providing unique identification for instruments, their issuers and obligors, as well as our active role in legal entity standards development, partnering with the CICI utility at this time makes perfect sense. We are confident that global market participants will be the beneficiary of the collaboration,” says Preiss.

Ron Jordan, DTCC managing director and chief data officer, adds: “We are pleased to join CGS in this endeavour and look forward to providing users with an integrated and efficient approach to assigning CICIs.”

CICIs issued by CGS will be validated at the CICI utility in the same way that DTCC issued CICIs are validated, registered and delivered. They will also follow the exact same principles set down by the Financial Stability Board (FSB) and used by DTCC to cover operation on a cost recovery basis and making LEIs and associated data publicly available, free of charge and free of restrictions on redistribution.

“Investment banks, broker-dealers and others who are already used to submitting legal documents to get a Cusip number at instrument and issuer level will be able to use the new interface to apply for a CICI at the same time and, if they so desire, get both codes through the common interface,” explains Preiss.

The collaboration expands the scope of DTCC’s pre-LOU, which is expected to become an LOU as the LEI system develops. It also provides an example of how NNAs in different jurisdictions could play a part in the global system. In line with the FSB’s June 2012 report, where it stated ‘LOUs could build on local business registry or numbering services to maximize the utilisation of local infrastructure’, Anna chairman Dan Kuhnel, says: “The CGS-DTCC collaboration is an extremely important step forward along the continuum to a successfully managed and globally accepted LEI. This illustration of cooperation serves as a potential model for how local NNAs can contribute their local market expertise, issuer relationships and federated Anna network connections within the context of the utility.”

DTCC has issued about 50,000 CICIs to date and while Preiss says it is difficult to say what the balance will be in issuance between DTCC and CGS, he does note that the CGS database is comprised of hundreds of thousands of issuers and entities and the vast majority of these will, in time need a CICI or LEI.

Meanwhile, CGS joins DTCC in issuing CICIs ahead of the requirement for all swap counterparties subject to CFTC jurisdiction to have self-registered or self-certified CICIs by April 10, 2013.

As data volumes and complexity continue to increase, buy-side data management is at an inflection point. Manual processes and data siloes are no longer fit for purpose, and firms need to take a more holistic approach to data management that not only reduces manual intervention and cost, but also increases data access and accuracy for...

END_OF_DOCUMENT_TOKEN_TO_BE_REPLACED 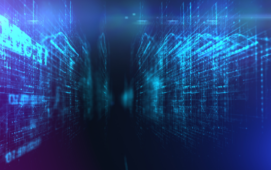