Consortium with the Enemy

Capital markets are built on the bones of old consortia. Now, the revolution expected of securities markets from the adoption of distributed ledger (DL) or blockchain technology, which offers transparent and irrefutable transaction chains, is in the hands of five such groups, many with common members. Blockchain could make some industry processes redundant. Those processes are a cost for some and a profitable business for others. Therefore its use has political implications.

The global head of trading at one of the UK’s largest investment manager asked, “Are investment banks getting involved with blockchain so they can control the pace of change?” at the European Electronic Bond Trading Conference event held by Euromoney on 12 September 2016. The answer from the stage was “Yes – in many cases.”

Consortium-led projects have a chequered history. The Global Straight-Through-Processing Association (GSTPA), was a viable project run by brokers, asset managers and custodians designed to reduce settlement time. In 2000, US post-trade giant The Depositary Trust and Clearing Corporation (DTCC) having been selected as part of the GSTPA consortium stood down from the project citing a conflict of interest and later announced it was teaming up with Thomson Reuters to offer a rival system which became post-trade hub Omgeo.

There was a considerable crossover between DTCC’s board, GSTPA members and Thomson Reuter’s sell-side clients. In 2002 the GSTPA collapsed with little support from many of its members and costs being written off. Omgeo is now fully owned by the DTCC which bought out Thomson Reuters in 2013.

The consensus needed in such projects inevitably slows the pace of change. Target 2 for Securities (T2S), a cross-border settlement efficiency drive led by the European Central Bank, represents an idea conceived of in a 2001 report and initiated in 2006. Its efficiencies will remove commercial opportunities from and increase competition between custodian banks and central securities depositories, while also requiring their cooperation. With a completion date of 2017, it will have taken the same time as is needed to conceive a human child and raise them through to maturity and secondary education.

Many sell-side consortia projects, including multilateral trading facility (MTF) Turquoise and messaging platform Symphony, have been established directly to compete with a system that has a perceived dominant grip on a sell-side cost base – the London Stock Exchange and Bloomberg respectively.

On occasion sell-side consortium ownership drive can drive efficiency – the DTCC itself is industry owned and has become a post-trade utility in the US though acquisition.

Blockchain is a transaction system, requiring common standards. The efficiencies it offers by removing the need to double check different ledgers could reduce annual bank costs by over US$20 billion by 2022, according to research by Santander, Oliver Wyman and Anthemis.

Consensus by consortium is needed to make one work. Many sell-side firms are simultaneously funding and / or supporting multiple DL development groups including: DAH; the Hyperledger Project (HLP); Post-Trade Distributed Ledger Project; the R3 Consortium; and ‘utility settlement coin’ which was developed by broker UBS and is now supported by BNY Mellon, Deutsche Bank, ICAP and Santander. Some of these consortia – such as HLP – are non-commercial and supported by the commercial firms.

With choice comes delay. Blockchain could be like GSTPA – indecision may lead to a useful tool emerging commercially without the mutualisation of cost. It could be a T2S, with firms reluctant to relinquish control of their profitable if inefficient back offices, migration may be slow. It may be a Turquoise or Symphony, used by one part of the business to leverage down costs in another.

How it plays out will be a choice made by the consortia members. The industry can change, but it must want to change.

END_OF_DOCUMENT_TOKEN_TO_BE_REPLACED 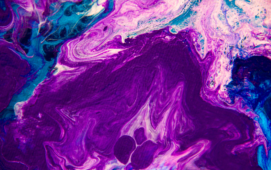 Damian Handzy, Managing Director for Performance, Risk and Analytics at Confluence. Inflation and interest rate spikes, the likes of which we haven’t seen in a generation, can cause serious market dislocations and liquidity crunches. Regulators around the world have taken notice. The increasing pressure of regulatory requirements around liquidity risk demands a more precise and...