Cinnober is playing out its succession plan with the promotion of Hans Sjöberg to chief technology officer (CTO) and Taraneh Derayati to head of sales. Sjöberg joined Cinnober in 2012 and now replaces former CTO, Peter Lenti, a founder of the company who will remain active in a senior technology architect and advisory role. Taraneh Derayati has been with the company since 2009 and replaces Ulf Axman, the previous head if sales who remains at the company in an advisory role.

As CTO at Cinnober, Sjöberg will lead product organisation, including DevOps, product architects, and research and technology. His previous roles at the company include technical project manager and solutions architect on high profile projects such as the delivery of LME Clear’s real-time clearing system and a new cross-asset risk solution for Japan Exchange Group (JPX). Sjöberg joined Cinnober after working in developer roles at several investment banks including Lehman Brothers and Nomura.

As head of sales, Derayati will be responsible for leading sales of Cinnober’s exchange and real-time clearing technology to market operators and clearinghouses globally. She has previously been part of a number of client projects as business analyst and project manager since joining the company. She has also led several large client acquisition projects. Most recently, Derayati was in charge of delivering Cinnober’s real-time clearing system to JPX which went live in February this year.

Veronica Augustsson, CEO at Cinnober, says: “These appointments are part of our succession plan and it is great to be able to promote inhouse talent, Taraneh and Hans both have a deep understanding of our market and our customers’ day-to-day business, challenges, and needs.”

END_OF_DOCUMENT_TOKEN_TO_BE_REPLACED 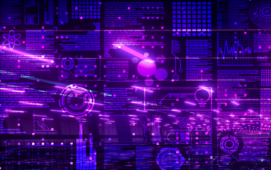