Gary Gensler, chairman of the Commodity Futures Trading Commission (CFTC), has this week elaborated on his desire for more competition to be introduced to the OTC derivatives clearing environment. Gensler testified before Congress to encourage the US government to introduce greater levels of standardisation within the market and the ability for market participants to be able to choose on which platform to clear their derivatives.

“In order to promote this goal and achieve market efficiency through competition, there should be sufficient product standardisation so OTC derivative trades and open positions are fungible and can be transferred between one exchange or electronic trading system to another,” Gensler explained to the House of Representatives financial services committee.

Gensler’s goal is to remove the barriers to competition in the OTC derivatives markets as these instruments are gradually moved onto exchanges and cleared via central counterparties (CCPs). Earlier this year, the US government released proposals specifying that all “standardised” derivative contracts would have to be traded on regulated and transparent venues, such as exchanges, and cleared centrally to reduce their risk to the financial system.

Currently, much like the situation in the European equities market pre-MiFID, derivatives are cleared by an exchange’s own clearing house and there is a distinct lack of interoperability between the market’s various clearers and exchanges. This is largely down to current rules around fungibility, which mean that market participants are unable to open a position at one exchange and close it at another.

Should these rules be removed, the market would be forced to introduce greater interoperability at both the trading and the clearing level. Gensler is keen to level the playing field for OTC derivatives that are traded on exchange in this manner and ensure competitive forces are in effect to drive down the cost of clearing within this market. He has not, however, suggested that this logic be applied to derivatives that are currently being cleared on exchange, merely for those that will be moved onto trading platforms as a result of the upcoming regulatory measures.

The changes would require a fair amount of work for trading platforms and clearers in terms of developing linkages to other platforms and thus a certain amount of IT investment. It is unlikely that they will opt to do this work without some form of regulatory compulsion and so it will be up to the US government to take on board Gensler’s recommendations and turn them into action.

END_OF_DOCUMENT_TOKEN_TO_BE_REPLACED 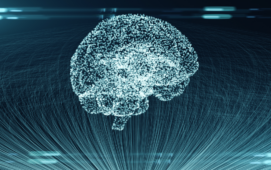