CFTC Meeting Highlights Funding Concerns, Might the Foot be Taken Off the Data Standards Pedal?

It may have appeared to be business as usual during the Commodity Futures Trading Commission’s (CFTC) ninth meeting on the Dodd Frank rulemaking this week, with position limits and swaps documentation requirements up for discussion, but comments by staffers indicate that pressing concerns about funding persist and may hold back key data standardisation initiatives. One staffer displayed a great degree of pessimism about the future with regards to receiving the necessary boost in funding required to implement many of the Dodd Frank changes, indicating that these will instead need to be either handed over to another body for implementation or put on a back burner for now.

Reference Data Review has previously noted that these funding woes could have a negative impact on regulatory developments aimed at improving the level of data standardisation across the securities industry and this week’s CFTC discussions further support that notion. Given that the CFTC is one of the key implementing bodies working on the introduction of instrument identification standards for the derivatives markets , the fact that it is being forced to tackle the implementation of Dodd Frank with the same budget as last year does not bode well. Moreover, its partner in this initiative, the Securities and Exchange Commission (SEC), is also facing a similar challenge with regards to funding cuts.

CFTC commissioner Scott O’Malia, for one, has repeatedly called for investment into the CFTC’s infrastructure in order to be able to carry out its duties. This week’s meeting was no different, with O’Malia noting (on the subject of position limits, but equally applicable to other areas of data oversight): “The data will eventually be collected by the Commission, and it is incumbent on us to make the necessary investment to automate our forms and reporting systems and upgrade our analytical tools.” He described such investment as “critical” in order to be able to track this data and ensure compliance across the industry.

The end of last month saw the closing of the comment period for feedback to CFTC and SEC’s initial proposals regarding the feasibility of adopting new standardised computer readable codes to identify complex and standardised derivatives. The idea being mooted is that the derivatives industry may be mandated to adopt standardised computer readable algorithmic descriptions that may be used to describe these derivatives and calculate net exposures. However, this study and many like it may become empty rhetoric if the regulators are unable to continue this research or take action on its findings due to a lack of funding.

As for this week’s CFTC discussions on the swap trading relationship documentation proposal, it was more of the same from the regulator, which has been championing the introduction of data standards for some time. Chairman Gary Gensler pledged his support for the introduction of the proposed rulemaking that would establish swap trading relationship documentation requirements for swap dealers and major swap participants. “One of the key chapters from the 2008 financial crisis was when large financial players, including AIG, had valuation disputes and other problems regarding documentation standards. These rules will directly address many of these issues, highlighting issues for senior management and regulators earlier and lowering risk to the public,” he said.

Commissioner Jill Sommers added: “The documentation increases transparency to the regulators and increases certainty among the counterparties, both of which are vital.”

The proposals include the agreement of the valuation processes and rules for bilaterally traded swaps between counterparties ahead of trading. The idea is that by agreeing these processes ahead of time, should a problem arise within the market, a dispute could be avoided or flagged to the regulator. The result of such a move for financial institutions active in the swaps market would be the introduction of more recordkeeping and data management requirements.

Of course, all of this will be dependent (as with all of the other proposals) on the CFTC being granted the capabilities to follow up. After all, the industry is unlikely to listen to a toothless regulator.

Should you wish to listen in to the CFTC meeting, the audio will be available here.

END_OF_DOCUMENT_TOKEN_TO_BE_REPLACED 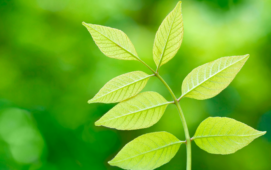