In line with its increased focus on monitoring the data underlying the swaps markets, the Commodity Futures Trading Commission (CFTC) has this week indicated that it will be establishing a new Office of Data and Technology for launch in October and has appointed CFTC veteran of 10 years John Rogers as its new director. Rogers, who has been director of the Office of Information Technology Services since 2006, has also been promoted to the post of chief information officer for the agency as a whole.

The news has pleased data standards and technology champion CFTC commissioner Scott O’Malia, who has spent the best part of a year calling for the regulator to invest in technology resources and get a better handle on the industry’s swaps data. Back in January, he warned that the regulator could reach data storage breaking point by October, which is when the new office is now due to be established. Last month, O’Malia reiterated his concern that the regulator will be facing a serious challenge in monitoring the newly established swaps data repositories and chastised the regulatory community for not taking the issue seriously enough. The appointment of Rogers and the establishment of the new office no doubt signals that the CFTC is aiming to address some of these concerns.

Unsurprisingly, O’Malia has already vocalised his approval of the move, noting that Rogers will aid the regulator in moving from “faxes and paper forms, into the fully digital age where the markets trade today.” CFTC chairman Gary Gensler also reckons Rogers’ IT experience will be “very valuable” in supporting the regulator’s efforts to develop and deploy new market monitoring technology and stated that this is a “critical component of the agency’s reorganisation plan that was put in place to help implement the Dodd Frank law.”

To this end, Rogers will be engaged in developing a “cost effective technology plan” for the regulator in order to deal with the barrage of data it will be receiving as a result of the new reporting requirements under Dodd Frank. When it opens in October, the office will therefore aim to facilitate a comprehensive approach to developing advanced technology investments, automate regulatory functions and improve the CFTC’s data analysis, says the regulator. The new office effectively replaces and combines staff and programmes from Rogers’ old Office of Information Technology Services division and the Market Information Group.

Rogers said of the plans: “The CFTC uses large volumes of data to perform day to day regulatory functions ranging from market surveillance to enforcement, and the use of technology is essential to analysing that data.”

The real test, however, will be when the office takes direct action to bolster the regulator’s data oversight capabilities directly and invests the limited budget available to it in technology. At that point, it will be more obvious whether the move is anything more than a restructure in which teams are combined and given a buzzy new moniker.

Rogers began his tenure at the CFTC in 2001, serving until 2006 as the branch chief overseeing systems development. In 2006, he was promoted to director of the Office of Information Technology Services.

END_OF_DOCUMENT_TOKEN_TO_BE_REPLACED 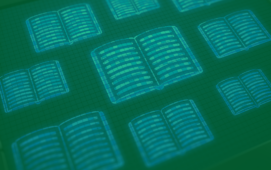