The Commodity Futures Trading Commission (CFTC) and the Securities and Exchange Commission (SEC) have once again testified before the Senate regarding requests for an increase in their budgets for next year, including US$66 million earmarked by the CFTC for technology and US$78 million for the same on the part of the SEC. During his testimony, CFTC chairman Gary Gensler discussed the regulator’s plans to set up a new group for the “collection, management and analysis of data” and, separately, the CFTC also released proposals this week to establish a new subcommittee on data standardisation.

Of the CFTC’s US$66 million budget proposals for IT investment, the regulator has earmarked US$41 million to fulfil its pre-Dodd Frank technology requirements (otherwise known as business as usual costs). Earlier this year, commissioner Scott O’Malia highlighted that the regulator would reach data storage breaking point by October, when it would run out of space. He told Congress that the regulator would therefore be hampered in conducting its current oversight duties if such an event occurs. Hence the budget request includes this vital data focused cash injection.

This week Gensler explained the regulator’s data plans: “This increase allows the Commission to invest in technology in an effort to keep pace with the futures marketplace that is becoming increasingly populated by algorithmic and high frequency traders. Technology will play a critical role in leveraging financial and human resources as the CFTC executes its expanded oversight and surveillance responsibilities pursuant to the Dodd Frank Act. Accordingly, the Commission will establish a new group for the collection, management and analysis of data. This group will facilitate improved oversight and enforcement in the derivatives markets through the use of technology and data. It also will serve as the primary interface for market participants in adapting to the new data standards and reporting requirements for market data required under the Dodd Frank Act.”

The budget request therefore also includes US$25 million for technology needed to implement the Dodd Frank Act itself. The regulator contends that the resources requested are necessary for it to invest in direct data links to swap data repositories that are being established in the US and internationally. Gensler noted that it also must have the technology to aggregate and summarise this data for the purposes of oversight and surveillance.

On a similar theme, the regulator has also voted to establish a new subcommittee on data standardisation under the auspices of its Technology Advisory Committee (TAC), which is chaired by O’Malia. The group is being established in order to develop recommendations regarding a standardised reference data depository representing the universe of legal and financial terms used in describing, defining, and valuing various derivatives and other financial instruments. This will, no doubt, work in concert with the Treasury’s Office of Financial Research (OFR) in developing and mandating universal entity, product and instrument identifiers.

As noted by the CFTC, the goal of all of this work is to provide greater consistency in the collection, reporting, and management of individual transactions, underlying legal documents (including master agreements and credit support agreements), and risk exposures. O’Malia elaborates: “The data and reporting mandates of the Dodd Frank Act place the CFTC in the centre of the complex intersection of data, finance and the law. There is a need and desire to go beyond legal entity identifiers and lay the foundation for universal data terms to describe transactions in an electronic format that are identifiable as financial instruments and recognisable as binding legal documents. I think the TAC, through the advice and guidance this new subcommittee on data standardisation, represents the most effective means of achieving universally acceptable data standards.”

The subcommittee will be chaired by CFTC chief economist Andrei Kirilenko and will report to the full TAC. However, subcommittee members have not yet been named and the CFTC is looking for wiling participants from the practitioner, academic and government communities to get on board. Should you wish to sign up, see the notice in the Fed Register (available to download at the bottom of the page) for more details.

For its part, the SEC has requested US$78 million in IT investment, which chairman Mary Shapiro indicated would support: “vital new technology initiatives including data management and integration, document management, Edgar modernisation, market data, internal accounting and financial reporting, infrastructure functions, and improved project management”. In her testimony this week, she also described the setting up of “a digital forensics lab that enforcement staff can use to recreate data from computer hard drives and cell phones to capture evidence of sophisticated frauds,” alongside new risk analysis tools.

END_OF_DOCUMENT_TOKEN_TO_BE_REPLACED 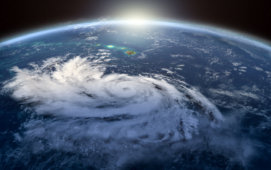