Capco’s acquisition of California-based data management specialist Iverson Financial Systems last month gives the business services provider both a viable outsourcing solution and a platform product upon which to base its continuing push into the reference data marketplace. The deal appears to be a logical step toward establishing a product approach to complement Capco’s heretofore services-based approach to the business, particularly in light of the company’s withdrawal from its Synetix joint venture with Reuters.

For Iverson, meanwhile, the transaction puts an end to what has been something of a campaign. A relatively small fish in what is fast becoming a sea of sharks, Iverson has raised its media profile substantially in the past 18 months or so, sponsoring surveys and giving interviews (including one for this publication). The strategy appears to have paid off, with Iverson finding itself a larger home, the main consequence of which seems to be an acceleration and boost to its plans for an assault on the European marketplace.

Terms of the acquisition weren’t disclosed. Iverson will be merged into a new Capco operating unit, to be called Capco Reference Data Services Division. The unit will contain Iverson’s range of products and services, as well as Capco’s own reference data offerings, primarily in the business consulting and applications service provider (ASP) solutions areas.

Capco Reference Data will itself be part of Capco Solutions, headed by Predrag Dizdarevic, executive vice president. Dizdarevic says James Iverson, founder and CEO of Iverson, will assist him during the transition as “an external partner.” James Iverson will take a shareholding in Capco as part of the transaction. Dizdarevic says Kent Lazarus, Iverson’s president, will work closely with him in a dual role: procuring new sales for the combined entity and maintaining existing client relationships.

Iverson’s outsourced services approach of recent years may prove to be a good fit with Capco’s own modus operandi. Capco was founded in 1998 primarily as a provider of business consulting services specifically within the financial arena. As it gained traction, the company increasingly found itself involved with providing technology solutions for the clients it was advising.

According to Dizdarevic, Capco’s immediate plans call for extending the reach of Iverson’s data aggregation products outside of the U.S. To date, only a handful of clients – mainly the overseas subsidiaries of Iverson’s U.S. customers – have adopted the various aggregated services in Europe. “One of the things we expect to do is to get GIM and Global ETF into Europe,” says Dizdarevic. To that end, Capco plans to make announcements about a rebranded product line at the beginning of April.

The second Iverson business line is seen as complementary to Capco’s services businesses. Dizdarevic says the concept of outsourcing in general has grown in acceptability in recent years. He says that Capco’s conversations with its own investors and clients suggested that outsourcing of reference data management was increasingly being seen as a strategic business initiative rather than a tactical technological one. This, he says, was one of several factors that led Capco to the conclusion that it should seek a partner or acquisition in this area.

What Iverson brings to the table here is an established business is reference data management outsourcing. In his interview with Reference Data Review last year, Iverson executive vice president Grant Slade described the company’s outsourcing arrangement with a charter client bank. For this client, Iverson maintains a staff of 12 analysts to manage the bank’s global equity security master database and operates the help-desk function. It also migrated this approach to management of the bank’s index constituent data.

Dizdarevic says this business process outsourcing element of the Iverson product line will be bolstered by Capco’s involvement. The expectation is that potential clients will have more confidence in the larger, combined entity than in a proverbial minnow whose strategic future could not be assured.

He says the wide range of requirements from Capco’s growing and “vibrant” sales pipeline will be better sated with the addition of Iverson’s BPO offering to the overall Capco product line. Dizdarevic says, though, that Capco won’t be shy about seeking new partnerships and acquisitions where client requirements demand them.

END_OF_DOCUMENT_TOKEN_TO_BE_REPLACED 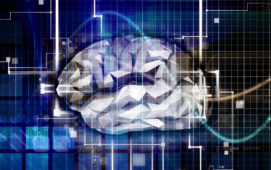