Cantor Fitzgerald has become the second customer to license XSP’s software-as-a-service (SaaS) XSPrisa solution for automated corporate actions processing. The first customer, an unnamed but large global firm based in New York, has been in production for three months following XSP’s introduction of XSPrisa this spring.

Cantor Fitzgerald has been using the enterprise version of XSP since 2006 and was evaluating an upgrade from v4 to the enterprise flagship v5, when discussions about the SaaS option started.

According to Daniel Retzer, managing director and chief technology officer at XSP, “Cantor Fitzgerald wanted an easy and cost-effective way to upgrade, so we talked about the XSPrisa SaaS service and how we could tailor it to the firm’s needs. It was an easy business decision as the SaaS option provides the opportunity to pay for only what is used in the application and customers don’t have to worry about the IT load and operational expense of managing an enterprise product.”

Thomas Anzalone, director of global operations at Cantor Fitzgerald, adds: “We selected the XSPrisa product based on its flexible and scalable nature. In this cloud environment, we can easily ramp up and down as our business demands and requirements evolve. We needed a solution that was flexible enough to accommodate our global presence, specifically in North America, Europe and Asia. In addition to the rapid implementation of XSPrisa, our decision was driven by our longstanding relationship with XSP’s knowledgeable team of corporate actions experts.”

“The primary inhibitors for most enterprise software solutions are resources and the integration timeline,” says Retzer. “Since we introduced XSPrisa and removed these barriers, we have reached a broader market space in which clients don’t have the time or resources for large-scale deployments.”

Retzer says XSP initially targeted XSPrisa at less than 100 names, but over the past three months that number has risen to 650. The company is offering free trials of XSPrisa, mainly to new customers such as hedge funds and small asset managers that don’t want to implement enterprise software, and hopes it will convert a ‘fair amount’ of prospects to the subscription-based service by the end of this year. It also sees the possibility that XSPrisa customers could move to the private cloud model of XSP v5 as they grow and ultimately, perhaps, deploy the enterprise solution.

While v5 was introduced back in August 2008, Retzer notes continual improvements, with recent and ongoing work including support for ISO 20022, the more detailed Swift messaging standard for corporate actions that expands from the current ISO 15022 standard. He says: “We are working on ISO 20022 and must be prepared to offer it as clients say they want it, but we will support both standards indefinitely.”

END_OF_DOCUMENT_TOKEN_TO_BE_REPLACED 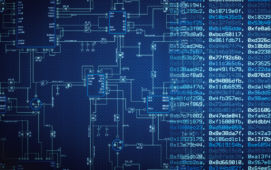