Buy Side Firms Must Take Heed of the Scale of the Changes Required as a Result of the OSI, Say TowerGroup and Capco

The buy side must understand and appreciate the urgency of preparing adequately for the incoming Options Symbology Initiative (OSI), said speakers during Capco’s recent webinar on the subject. The move to the Options Clearing Corporation’s (OCC) 21 character OSI code in order to support non-standard options will impact every level of a firm’s operations, warned Joe Anastasio, senior partner at Capco.

“There are less than three months remaining before industry testing of brokers’ primary systems and databases begins in September 2009, and less than eight months remaining until the OSI goes live in February 2010,” warned Anastasio. “If firms trade or hold US or Canadian options there is a high degree of urgency for them to stay in synch with the rest of the industry and do the requisite testing and preparations.”

According to Capco, many brokers and vendors are still concerned about the testing process, vendor and exchange schedules and specifications, and implementation particulars. The endeavour is certainly not a simple one, speakers explained: achieving success requires the coordinated testing and perfectly synchronised implementation of all parties involved. This includes the OCC, the Canadian Derivatives Clearing Corporation (CDCC), the Depository Trust & Clearing Corporation (DTCC), all of the exchanges, several dozen vendors, hundreds of broker-dealers and thousands of retail and institutional clients.

The idea behind the new codes is not a new one, said Dayle Scher, research director at TowerGroup, but it has now become urgent. The plans to move to the new 21 character codes were first initiated in 2005 in a bid to move from the rather limiting five character codes that were in place. “This requires a very big change and I would compare it to the preparations that had to be done before Y2K, with the same issues involved,” said Scher.

“It is clear at this point that the 12 February 2010 deadline is a hard and fast cutover date for the industry,” she added. “Every application and interface that deals with options will be affected by the changes and firms need to make sure these systems are all able to read and process the new character codes.”

In terms of reference data systems these changes will largely impact the storage and retrieval of security master data files, which will need to be altered for the 21 character sets. However, the changes will all affect data management systems as a whole via the downstream changes within the front office, market data, back office and compliance system changes. “The interfaces between these systems are just as important as the changes within the systems themselves and firms must conduct full integration testing,” warned Scher.

She described the reference data changes as the “backbone” of the OSI endeavour, as this data feeds all the target systems further downstream. “Getting this wrong could potentially lead to the impairment of a firm’s ability to trade or value options,” she added. The biggest risk posed by these changes is to a firm’s operational risk exposure: systems could fail as a result of incorrectly configured applications.

“Firms should view this as a battle and time is quickly running out,” warned Scher. “They need to formulate their strategies, budgets must already be in place and a project team must be established to oversee the changes. It will be an arduous task to alter each data field and testing must be carried out thoroughly,” she explained. “Not only must firms assess their own systems, they must also work with third party vendors to check their services are fully capable also.”

Dave O’Marra, principal consultant at Capco, seconded this notion: “This work can be likened to the preparations required before Y2K or decimalisation; it impacts all inputs and outputs of systems that deal with options. The complexity of the changes required are linked to the complexity of the system you are dealing with.”

Michael Hartig, managing principal at Capco, elaborated on the particular areas of focus for such projects. In terms of middle and back office systems, this includes trade matching systems, risk management and reporting systems and internal communications systems. “In order to succeed there must be ownership of the project,” he added. “You also need good contingency plans, investment in automation in as many areas as possible and to develop quality controls for your options data to validate the accuracy of known results.”

O’Marra concluded: “Firms need to measure their readiness as they go along and use a formalised project manager to be accountable for the progress, or lack of, that may be happening.”

END_OF_DOCUMENT_TOKEN_TO_BE_REPLACED 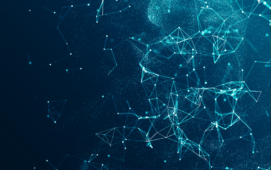