Bloomberg’s move follows last week’s release by the Association of National Numbering Agencies (ANNA) of an update to ISO 6166, the standard for the ISIN, that extends ISIN coverage of instrument types to derivatives and structured products.

Initially authored by Bloomberg and reviewed by the Object Management Group’s (OMG) Finance Domain Task Force, the FIGI became an official standard this week following a unanimous vote by OMG members in favour of the identifier. Bloomberg is now considering pushing the FIGI through the process of standardisation with the International Organisation for Standardisation (ISO) and suggests it could become the security identifier selected by regulators to map to the Legal Entity Identifier (LEI) for risk assessment purposes.

Peter Warms, head of symbology at Bloomberg, says: “There is a need for an industry standard security identifier that is free to use and distribute. Bloomberg and the industry will benefit from this, but as the identifier is free it will make no direct impact on our bottom line.” Warms explains that the FIGI is simply a rebrand and has exactly the same construction and openness as the BBGID, but he adds: “In an effort to reach a greater global audience, we decided it would be better for the identifier to have a neutral rather than Bloomberg specific name. As the FIGI becomes more successful, the next step is to consider making it an ISO standard.”

Comparing the BBGID, or FIGI, to the ISIN, Warms says the FIGI has benefits in both scale and granularity. There are about 197 million BBGIDs and 26 million ISINs in the market. This is mainly because the BBGID covers all asset classes and the ISIN does not, although last week’s release of an update to ISIN coverage may boost numbers.

Warms says the FIGI also benefits from greater granularity than the ISIN as it includes data down to the exchange level. As FIGIs are randomly assigned with no data dependencies, they also have the advantage of not changing in the wake of corporate actions that can have a dollar impact on smart identifiers with data dependencies that must be changed. While ISINs are usually free, those embedded with domestic identifiers such as licensed Sedol or Cusip numbers, can carry a cost.

Warms says: “We hope the FIGI will become the primary global security identifier and ease the problem of mapping multiple identifiers, but we don’t expect existing identifiers to be phased out in the near term.” He also hopes the FIGI will be selected by regulators as the security identifier that will be used in combination with the LEI to assess risk. To date, Bloomberg has approached the US Office of Financial Research (OFR) about the potential of the FIGI as a companion to the LEI, but it declines to comment on the response. However, it does say that it could propose the FIGI to other regulators and that if the OFR makes a positive response, regulators may select the FIGI as the security identifier to map to the entity level LEI, two identifiers that are free to issue and use.

END_OF_DOCUMENT_TOKEN_TO_BE_REPLACED 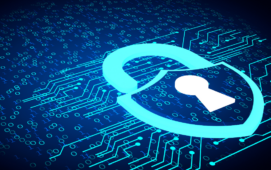 Kim Woodward, senior director, head of information operations at AstraZeneca, is a collaborative data governance leader specialising in the strategic design, delivery and implementation of global data management and governance practices in the finance and pharma sectors. She has been involved in the design of enterprise data policies, maturity models and data governance operating frameworks...