The CME Group and blockchain technology provider AlphaPoint, in collaboration with the UK’s Royal Mint, have launched a digital gold trading product that aims to bring more financial institutions into gold trading and allow its users some open source parts on which they can build customized functions.

RMG’s builders first announced plans for the product in November. Testing of the platform has begun with major financial institutions, says Telyatnikov, and live operation will begin later in 2017. BitGo, a bitcoin technology company, has built security for the RMG product. Also, RMG’s builders have launched Prova, an open source community for the product, notes Telyatnikov.

“The community is opening the doors for develops and participants to provide even more transparency, safety and trust, and build an open source project so developers, cryptographers and researchers can go into the actual source code and investigate some of the unique features and capabilities built into it,” he says. RMG is not currently completely open source, however, Telyatnikov notes.

Security, safety and trust will also be enhanced by targeting major institutions to participate in RMG, according to Telyatnikov. “It’s the first project with such major brands working together to digitize gold for institutions,” he says. RMG also has a feature that may enhance users trust — including physical delivery of gold being traded through its blockchain ledger. “The Royal Mint 100% backs the gold product with physical gold in its vaults in the UK,” says Telyatnikov.

END_OF_DOCUMENT_TOKEN_TO_BE_REPLACED 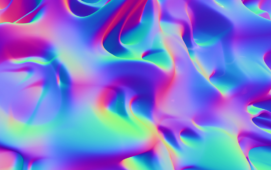