One week to go before Sibos and, according to Swift’s figures from today, there are 7,489 delegates signed up so far. Let’s hope at least some of that number care about reference data; otherwise the utility panel on the first day might be a little quiet (apart from the panellists that is). And it is this subject that I will turn your attention to now…

During the time since my previous blog about Sibos, I’ve been spending an inordinate amount of time pondering the concept of a utility in the reference data space and talking to all and sundry about the topic. As my panellists will, no doubt, discuss next week, there are many concerns across the industry about what such a move will mean. For example, there is apprehension that there currently exists a top down versus bottom up disconnect in the way the industry is approaching reference data standardisation. Regulators are seemingly not engaging directly enough with the industry to understand the downstream impacts of mandating certain data standards.

There might be the beginnings of a roadmap for securities standards out there, but the industry is very far from having a complete picture of reference data standards and formats used across markets. If regulators hope to track this for systemic risk monitoring purposes, they’re going to have to get a lot closer to the problem by speaking to those at the coalface. The challenge being there is limited time for these individuals to take time out from their day jobs to get involved and industry associations are therefore under-resourced and not getting the full range of perspectives from their members.

In general it seems that legislation is perceived to be good in theory, but concern that it will probably not be clear or specific enough (never mind followed globally). Getting to a single source of standards has been a challenge for the industry for some time and there is a high degree of scepticism that regulators will get there any faster, or at all.

ISO has been highlighted as a potential champion for reference data standards going forward, but it is suffering from the same problem as other industry associations. It has no mandated power to lead the charge and limited resources to engage the practitioner community and drive forward change. It is also powerless to mandate the creation of market practice groups, as recently noted by one of my contacts.

There is also very little in the way of tangible evidence about how a reference data utility could be established – for example, how much would it cost? How long would it take to sift through all of these standards and come back with something workable? Who would be held responsible or liable for any inaccuracies if it is not being run as a commercial endeavour?

What about data privacy laws? There are certain countries that will not release data outside their borders and the furore over Swift’s data sharing with Europe, for example, is indicative that this is a serious issue, globally.

The US is being touted as a potential model for the rest of the world, but given that the Dodd-Frank Act is so wide ranging in its coverage and, some might say, overly ambitious in the level of change it is aiming to kick start, isn’t there a risk the Office of Financial Research will get buried? Budgets are tight and so is time.

If the US moves ahead with reforms and a potential utility, what impact will that have on the rest of the world. It is one country with one legal system and one currency; how could Europe follow the same model given its vastly different political structure and definitive lack of a common approach (even transaction reporting standards are different across Europe and that is just one part of one directive!). Let alone bringing Asia into the mix as well.

There has been some agreement among a number of market participants I have spoken to about what a reference data utility should offer to the market. The general sense is that it could be used to drive down costs of data acquisition from vendors (an argument that is similar to the reasoning behind the calls for a European consolidated tape for market data). It therefore needs a “compelling price point” and the ability to reduce firms’ spending on data rather than increasing it; a tricky ask. The operator of such a utility also needs to be credible and liability needs to be made clear; again, something that could prove problematic.

Given we only have an hour in which to discuss the issues, we’ll be hard pressed to touch on all these subjects, but hopefully delegates will get some idea of the issues at stake.

END_OF_DOCUMENT_TOKEN_TO_BE_REPLACED 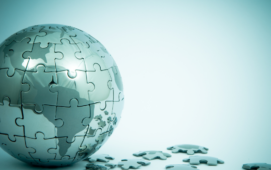