Following the announcement by the Financial Accounting Standards Board (FASB) earlier in the month that it would be revisiting mark to market accounting standards, the American Bankers Association (ABA) has spoken up about some concerns it has about the FASB approach. The association feels that issues underlying the controversial accounting rules are not being taken into account by the FASB, especially with regards to other than temporary impairment (OTTI).

“We are concerned that critical problems regarding OTTI are being overlooked,” the ABA says in a statement. “We are disappointed that FASB ignored the need to more directly repair the problems regarding OTTI in the projects announced today. The SEC twice recommended – in its letter to the FASB on 14 October 2008 and in its study of market value in January 2009 – that the FASB re-examine OTTI ‘expeditiously’. ABA has made the same recommendation.”

The association feels that US companies are being unfairly disadvantaged by the use of the current OTTI model. “The international model for OTTI used by the International Accounting Standards Board, which is based on credit impairment rather than fair value, represents a superior approach to current US Generally Accepted Accounting Principles (GAAP). As a result, US companies are needlessly required to report higher on paper losses than their international competitors,” ABA states.

The association recommends that trigger for determining OTTI in the US should be based on actual credit impairment and the accompanying mark down should be made for the amount of that credit impairment as opposed to marking it to market. Recoveries of impairment should be reversed through earnings, as they are for international accounting, it continues.

It asks the FASB act “promptly” to rectify these issues, faster than its planned implementation timeline for completion in June 2009.

END_OF_DOCUMENT_TOKEN_TO_BE_REPLACED 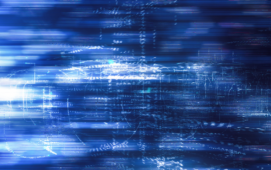 Data lineage traces data from source to destination, noting every move the data makes and taking into account any changes to the data during its journey for full traceability. It is critical to regulatory compliance and data governance, and offers numerous business and operational benefits. The level of granularity and scope of the audit trail...