QuantConnect, an open source, cloud-based algorithmic trading platform, is inviting its community of algo developers to share code modules through Algorithm Framework, a tool that provides a defined structure for developing algos and allows code modules to be reused.

The framework tool breaks down algos into five core features: universe selection, alpha creation, portfolio construction, execution, and risk management. The well-defined structure permits modules to be used interchangeably, allowing quants to quickly plug in to new models from the community. Quants can focus their time and effort on coding parts of a strategy where they excel, while borrowing modules from other community members to fill in the areas where they are not as proficient. Giving users the ability to share modules from existing strategies to use in newer strategies also eliminates the need for recoding, reducing the possibility of syntax errors and saving time.

Jared Broad, CEO at QuantConnect, says: “Algorithm Framework elevates the efficiency of algo trading strategies by providing a well-defined structure that presents a number of advantages over conventional design. The tool allows our quants to focus on their strengths and tap into the shared expertise of our open source community. As a result, every module of an algo can be top quality.”

Algorithm Framework is available at no cost to the QuantConnect community, which early this year reached a total of over 55,000 quants, computer scientists, engineers and professional traders who have designed and deployed more than 1.2 million strategies on the platform.

Late last year, QuantConnect introduced its Alpha Streams project, which enables the QuantConnect community to opt into licensing alpha-generating insights to quantitative funds, and has recently welcomed Tibra, a quantitative research and investment group, as its first client sourcing alpha.

END_OF_DOCUMENT_TOKEN_TO_BE_REPLACED 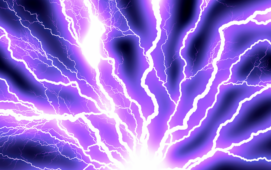