New York brokerage Abel/Noser Corp.’s selection of TAP Solutions’ pricing data management platform has played a key role in the firm’s new fixed-income business initiative. And despite its billing as TAP’s second such implementation in the past 60 days, it heralds the commercial arrival of a new, low-cost player in the New York marketplace.

Abel/Noser plans to use the TAPMaster data management suite to support both its existing, primarily equities-oriented business and its new bond trading business lines. The system will be used to consolidate and deploy data services from a variety of sources.

In a statement, Abel/Noser vice president James Noser said: “TAPMaster is the only product on the market that can support our long-standing securities-based services, and our new fixed income business unit that includes time and sales data, as well as analysis and audit capabilities. TAP came to the table with the necessary data vendor relationships and proven capability with new technology.”

At Abel/Noser, TAPMaster will be used to integrate data from Telerate and the NASD’s Trace corporate bond pricing feed. The data will be verified, compiled, collated and distributed by TAPMaster to a series of Abel/Noser applications, ranging from the trading floor through to settlement and other operations. Software implementation, testing and roll-out to the production environment will be handled by TAP Solutions.

With a couple of deals under its belt – the first was with an as-yet undisclosed firm – TAP Solutions, based in Vancouver, is in the midst of a concerted push into the New York marketplace. The company has had a Wall Street office for some time and is now seeking to establish a local sales organization.

The company’s initial focus was on business process reengineering, based on web technologies and applicable to a broad range of industries, including power, government and insurance. TAP got its break in financial services through a deal with Mellon Bank to build a stock-options system, and it subsequently won contracts for systems development from Bank of Montreal, and the Vancouver and Toronto Stock Exchanges.

Through its various consulting projects, the company identified a data disconnect within the capital markets arena. The problem was that although the data operations relied on was predictable enough, it was sourced from a variety of sources which brought the problem of different delivery and management formats.

TAP Solutions set about developing a capital markets data model that didn’t approach the problem from a vendor-specific standpoint. The resultant security master and data management platform was designed to collect, consolidate and distribute data from multiple sources with availability the No. 1 priority.

TAPMaster is an open platform data management suite that gathers and represents data in a standard format into one single repository. The platform was developed using Microsoft SQL 2000 and .Net technologies. According to Simon Blyth, vice president of sales, marketing and partnerships, the chosen technology platform means that TAP can integrate any feed into the platform in four to 10 weeks, whether internal or external, and provide it to any platform, legacy or otherwise.

So far, the company’s main focus has been on the mid-tier banks and brokerages, often large enough to have identified the data management issue but not large enough to take on the challenge themselves – and Abel/Noser appears to fit that bill. Blyth says, however, that interest is growing among larger institutions, which are finding existing solutions expensive to implement and maintain.

As well as the feeds integrated by Abel/Noser, TAPMaster currently handles data from Reuters DataScope and SIAC, and plans to add Bloomberg and Telekurs. For clients, TAPMaster consolidates content from these sources for distribution to any platform, including mainframes, client/server environments and modern web-based set-ups. Access to the data can also be provided by SQL query, ODBC/JDBC connectors or Web Services.

END_OF_DOCUMENT_TOKEN_TO_BE_REPLACED 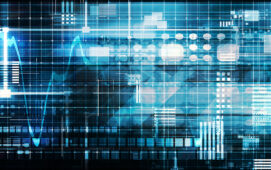