FPGA specialist BittWare has introduced TeraBox, an appliance that delivers up to 16 FPGAs, and targeted at high scale trading and analytics applications.

TeraBox supports up to eight BittWare S5-PCIe-DS cards, each of which hosts two Altera Stratix V FPGAs, 64 gigabytes of RAM and 16 10gE network ports. Thus, each 5U appliance can scale to 16 FPGAs, 512GB of RAM and 128 10gE ports. The appliance can also optionally host a traditional x86 processor, perhaps for monitoring or co-ordination functionality.

According to BittWare’s vice president of systems and solutions Ron Huizen, TeraBox has two likely applications in the financial markets:

* For trading systems where the entire application logic is hosted on the FPGA card, TeraBox offers high scale in one appliance, thus reducing cost of deployment compared with server-hosted approaches. Algorithmic trading and real-time risk control are applications that can likely be deployed more cost effectively with TeraBox.
* For analytics applications, such as algo back testing, pre-trade analytics and risk managemnt, TeraBox’s multiple FPGAs can work together to provide parallelised performance. Connectivity between the FPGAs can be acheived via the chassis PCIe bus, or via the 10gE network.

The latter analytics example would be to some extent breaking new ground for FPGAs, which typically have been dedicated to specific functions, such as data feed processing. For the most part, parallel analytics applications have been targeted at multi-core x86 processors, or at GPUs.

A key to deploying FPGAs for parallel applications will be the introduction of the next version of the OpenCL programming framework. OpenCL 2.0 – the specification for which was released this July – calls for support for dynamic parallelism and shared virtual memory.

END_OF_DOCUMENT_TOKEN_TO_BE_REPLACED 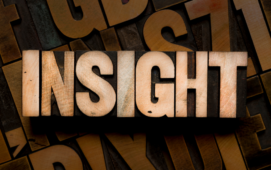 TP ICAP has set up a new business, Parameta Solutions, to provide a flagship brand for its data and analytics division. It is due to be opened officially next week. Parameta’s data and analytics offerings will include unbiased OTC content and proprietary data, in-depth insights across price discovery, risk management, benchmarks and indices, and pre...