Bats Europe has set an end of April go-live date for migration of Chi-X Europe’s trading system, running on Bats technology at Equinix, near London. Separately, Bats Global Markets in the U.S. says it will house its backup trading systems at a Savvis data centre in downtown Chicago.

Following the completed acquisition of Chi-X Europe by Bats in December 2011, a plan was put in place to house the co-located markets at Equinix’s LD4 Slough data centre, where Chi-X was already located, but to transition the Chi-X order books to Bats technology. Bats previously ran out of a Savvis data centre in London’s docklands, but the Equinix facility was deemed a better location due to the community of trading markets and firms located there.

That transition is now underway, and migration guides, technology specs and pricing have been published. The Chi-X production environment should be ready for testing at the end of February, with dress rehearsals planned for March 24 and April 21 ahead of go live on April 30. Along the way, Bats will go live with its secondary data centre at Equinix LD3 in Park Royal, which will be a backup to both Bats and Chi-X markets.

Across the pond, Bats is extending its occupation of Savvis data centres, with its plans to locate its backup operations at Savvis CH4 in Chicago, located at the massive 350 East Cermak Road facility, popular with many trading firms. Bats already has its primary operations at Savvis NJ2 in Weehawken, NJ for its BZX and BYX equities and its Bats Options markets.

END_OF_DOCUMENT_TOKEN_TO_BE_REPLACED 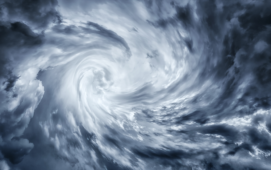