July is upon us, and while visitors to the SIA Show in New York last month were taken aback by some unseasonable rain, everyone is settling down for a long, hot summer.

Or perhaps not. Judging by the flow of announcements from vendors in the reference data space, things are not slowing down just yet. Many of these announcements are either fall-out from the need to have something to say at SIA, it’s fair to say. Still others fall into the housekeeping category – porting operating systems adding a small new data set. Even so, there is still a definite buzz about the business, and it is one that is starting to percolate through to more mainstream areas of the market data and financial technology industries – as evidenced by the number of companies whose marketing departments have ticked the box to proclaim their capabilities in the reference data space. It’s not exactly the Yukon or California Gold Rushes but the willingness among companies that have peripheral relationships to the area to put a marker down as being a player does smack somewhat of opportunism. No surprises there, then. The good news is that some of the debates that have been going on for a while are now exposed to a further degree of public scrutiny. This can only be considered a good thing from the perspective of the dedicated people who have been trying to drag some of these issues into the spotlight. The danger, however, is that commercial interests will then hijack the debate. One characteristic of the market data industry over the years is that there have been a small number of specialist providers – not necessarily themselves small – almost entirely unrelated to the IT world outside the financial service sector. In the financial technology sector, debates over the nature of data have never been at the forefront – indeed, many of the problems the industry is now trying to address actually stem from that disinterest – but are now becoming central. For the best part of a year now, we have been assailed by an alliance of technology experts and marketing gurus urgently proposing the view that the so-called Golden Copy approach to reference data is unworkable. On one level, this is clearly aimed at undermining the position of the vendor that is most closely associated with the phrase. Other interpretations are worth considering. Prime among these is the argument that there can be no such thing as a Golden Copy, simply because several sources are likely to conflict at least some of the time. One counter argument to this is that within a particular institution, it doesn’t much matter so long as there is a consensus about what to do. As ever more sophisticated marketing issues infiltrate the debate, there is another consideration: management of users’ expectations. Tempting as the reference data pie is, with all those banks and institutions apparently willing to spend budgets that are already allocated, would you want to be the company that stoked customer expectations to a point you can’t actually match?

END_OF_DOCUMENT_TOKEN_TO_BE_REPLACED 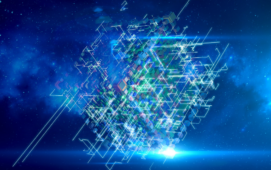