Are Barcodes Really the Answer to the Industry’s Ref Data Woes?

Given the repeated calls for the financial services industry to learn from other industries with regards to data management techniques, it was really only a matter of time before the idea of barcodes was mooted as a potential solution to entity and instrument identification. But is this a realistic idea or just another to add to the ever-growing list of reference data initiatives going on across the market? And how much work would it take to introduce barcodes for every entity and instrument out there?

Certainly, the regulatory community and financial institutions are more aware than ever before of the need to more accurately track entity and instrument data cross border; Lehman and the fallout from the financial crisis have made sure of that. The Office of Financial Research’s presence in the Dodd-Frank Act is also proof enough that regulators are taking the issue seriously. But, in turning to other industries to learn valuable data management lessons, should the financial services industry replicate what the retail industry has been doing for the last 40 years?

Allan Grody, president of advisory firm Financial InterGroup, certainly thinks so. His firm and standards organisation GS1 have teamed together to examine whether the UPC barcode could be used in the world of financial documents, financial transactions and financial institutions via what they have dubbed a “joint exploration” of the possibilities. The idea is to determine whether GS1 System identification numbering standards can be used to tag financial products and business entities, and the starting point is to bounce the idea off those in the market (namely, you).

Grody, who has previously championed issues such as the introduction of a central counterparty for data management, reckons the numbering standards could result in lower capital costs and processing efficiencies in the back and middle office. He contends that, much like XBRL, these standards could be used to tag prospectuses at the start of the financial transaction lifecycle. According to Grody, the GS1 System of standards could allow users to uniquely identify their products, documents and other assets; capture identification numbers; and share related information with their trading partners or counterparties.

The idea of tagging prospectuses at this point is not a new concept; as the Committee of European Banking Supervisors’ (CEBS) suggestions around tagging asset backed securities (ABS) documents with XBRL prove. But is adding yet another numbering standard into the mix a good idea?

Grody is convinced that GS1 can be used in conjunction with XBRL, but given that XBRL is far from standard across the industry at the moment and much has yet to be proven, he may be slightly jumping the gun on this one.

Granted, what Grody describes rather graphically as the “long festering problem of multiple, non-standard, proprietary coding schemes used to represent financial products and business entities” is a problem that needs to be solved in some manner. But are barcodes the answer?

My job, of course, is to ask the questions. But I warrant that introducing a whole new system of GS1 numbering standards across the industry would be no mean feat. The industry has always struggled with adopting new standard formats (ISO 15022 anyone?) and there is no doubt that GS1 would be faced with same challenges.

Of course, the group could go direct to the regulatory community to get them on board and fashion the Office of Financial Research into a barcodes repository, which isn’t beyond the realms of possibility (given that the utility managed to get into legislation in the first place). But at what cost to the firms required to fundamentally alter their systems to cope with these changes? It’s all very well having a great idea, but practicalities must come first.

END_OF_DOCUMENT_TOKEN_TO_BE_REPLACED 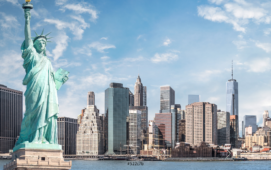 BXS, a New York-based compliance reporting and analytics solutions provider, has launched a new Rule 606 Consolidator tool. Available to all existing BXS customers, the new add-on provides a comprehensive view of brokers’ public Rule 606 report filings, allowing market centers to analyze how their clients and prospects are routing order flow and how their...