Adapt or Miss Out: MiFID II Impact Is Still Uncertain but the Opportunity Is Now

What’s in a name? For finance professionals in the EU and worldwide, MiFID II (and the slightly more unwieldy full name for which it stands) means upheaval and tumult. For others, it means opportunity. Many might even be thinking of the tired and overused word ‘disruption’.

What’s certain is that disruption by any other name would be as concerning. With MiFID II rewriting the rulebook on research and consulting services, the market’s re-examination of all its fundamentals has been a long time coming and is, in fact, overdue. An insight by PwC summed up the legislation’s potential impact: “[It] is going to require banks to rethink their strategy first of all; so they are going to have to redefine what sort of products they offer in the market.”

Almost a year since MiFID II came into force, the landscape looks no less chaotic. The impact, it seems, is less on the type of services offered and more on how the sell-side offers those services. Banks and brokerages are still struggling to adjust to the new paradigm.

Large players like JP Morgan are squeezing out smaller ones by cratering research prices. Long-time brokerages are finding it hard to sustain business and some are even losing their heads as chief executives step down. Consolidation is also hitting certain parts of the market. Recently, for example, media reported that Banco Santander was in early talks to acquire City stockbroker Peel Hunt.

Brexit complicates things further. As Britain is barrelling out of the EU, the question becomes to what extent will MiFID II requirements be relevant in the new order of things? The EU is pushing for equivalence of transparency rules for firms outside the bloc, but the problem is still the lack of clarity. There is no clear picture of what a post-EU Britain will look like, just like there is no clear view on how these regulations could look like in practice.

A fundamental concern about research unbundling remains. Small- and mid-cap firms that have traditionally had a hard time getting research coverage are still facing this problem, as the industry perceives an overall reduction in research.

The caveat here, and perhaps a case where MiFID II has had a positive impact on the industry (if not the industry’s bottom line), is that even for large-cap companies, the amount of research available was inflated by a lot of duplication. Broker-employed analysts churning out repetitive, low-quality research are no longer viable and the industry is arguably better for it.

The unbundling of research was meant to solve the problems of opacity and bias in the research industry. What has happened instead is banks lowering their prices by as much as 50% and leaving the Financial Conduct Authority (FCA) to investigate whether this creates an unfair disadvantage for independent researchers.

Meanwhile, recent studies have shown that asset managers in Europe spend far less on research when having to pay through their own P&L, rather than when spending their clients’ money. In the UK, the FCA is reviewing how asset managers are responding to MiFID II requirements.

In all, this means that, as sweeping as the MiFID II changes promised to be, most of the sell-side is still trying to cling on to old practices – just under a veneer of progressive moves. The consensus is that all parties are still ‘assessing’ what the long-term impact of MiFID II is going to be, considering that no one seems to understand how the regulation will be enforced.

Opportunity Is There for Those that Can Seize It

Another tech-fuelled innovation that’s finding its way into research is crowdfunding. The concept, by which users fund a product or service on-demand through an enabling platform, was popularised by websites like Kickstarter but has spread into a number of other industries.

Such a service for investment research could source funding from investors seeking specific types of research or insights into specific companies – a type of on-demand research that would be laser-focused and custom-made to serve particular research needs.

What MiFID II has brought to the table most of all is the need for transparency and clarity. For more than two decades, consumers of investment research in the UK had no inkling of the fees and charges they had to pay to get research. The result was stifled competition, opaque practices, and a concentration of analysts, research and consensus in the hands of a few key players.

Ultimately, it matters less what the industry does with the new regulations and more who moves swiftly to capture newly available opportunities. History shows that innovation in problematic industries rarely waits for regulations to catch up. Businesses that understand what the market and their clients really need are the ones who are already well-placed to grab the opportunity, regardless of how the regulatory drama plays out.

END_OF_DOCUMENT_TOKEN_TO_BE_REPLACED 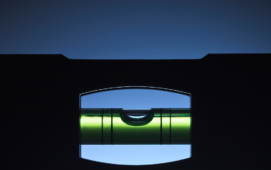