Moving away from its DIY past, Activ Financial Systems has turned to Solarflare to provide FPGA and network technology for its Generation 3 market data processing unit (MPU), which will be rolled out to customers from this month. While its use of FPGAs has low latency benefits, Activ CTO Mike Dunne says the increasing focus is on reducing total cost of ownership (TCO) for customers by reducing processing equipment footprint and related power consumption.

AOE itself leverages a Stratix V FPGA from Altera, which has made it straightforward for Activ to port its existing code.  That code was written for the earlier Stratix II and IV processors that Activ used in its own accelerator card designs found in its Gen 1 and 2 MPUs.  Dunne says that the core firmware code has not required any changes to run on AOE, and benefits from the faster FPGA and increased input/output throughput to the main server.

The increased throughput provided by Gen 3 – in part required as data feeds from the likes of the Options Price Reporting Authority increase their capacity – means that less MPU appliances are required to handle a trading enterprise’s market data processing.

Dunne says this allows trading firms to reduce the TCO of their operations, with less equipment footprint required, less power drawn and less spent on cooling. “It’s no longer about reducing latency,” he notes, suggesting that “TCO is now the focus.”

Gen 3 is set to be deployed in customer sites and within its own co-lo facilities from this month. Activ is also working on the next – 1.13 – release of software for its MPU, which is expected to further increase throughput per server.

END_OF_DOCUMENT_TOKEN_TO_BE_REPLACED 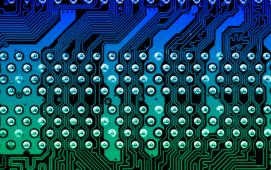