In what DTCC says is a significant boost for the international penetration of its Global Corporate Actions Validation Service (GCA VS), Abbey Financial Markets has gone live with the scrubbed corporate actions data source, taking the ISO 15022-formatted feed directly into its trading system Global One. There are now 22 users of GCA VS, including Credit Suisse, JPMorgan Securities, Merrill Lynch, UBS and Raymond James.

Abbey Financial Markets’ ultimate aim is to automate the entire corporate actions process. There had been a plan in place to implement a system early this year, according to Andy Rees at Abbey, and the firm has reviewed some vendor solutions. However since Abbey’s acquisition by Santander, the scope of the corporate actions project has now become global, he says. “The choice of a vendor will have to be based on its ability to support a growing global business.”

Rees says Abbey decided to start with the information capture element of the corporate actions process. When he joined the firm in May 2006, the decision had already been made to take the GCA feed, he says, “primarily due to the fact that there had been issues during the previous two or three years, because the receipt of information was not as timely or as accurate as we needed to process our business at Abbey”.

Abbey has a “relatively robust manual process” in place for corporate actions, “but unless we have the information accurate at the outset we will run into problems”, he continues. “The first step was to get a scrubbed version of the event details. In the past we had relied upon Swifts from our agents, but due to the type of strategy utilised by the business we predominantly do not always hold positions with the agents. This in turn creates the problem of a lack of information available. Therefore we were reliant on feeds from vendors, the undertaking of a manual match versus our system reports and the comparison of the information being produced by our agents. We felt that for the cost of buying the scrubbed information from the DTCC, we could become much more efficient.”

Abbey took the feed in early 2006, at which time it was doing a lot of work in the background itself to manipulate the data, so it used the GCA browser in the interim, before going live with the feed into its system in December. “We are now doing automatic comparisons between GCA and our securities of interest,” says Rees. “The next phase is to expand our use within the business and add comparisons with two derivatives systems internally. This will increase our securities of interest for various indices, so our traders can be aware of the positions they are holding and assist in taking advantage of upcoming events to help them formulate strategies.” Abbey still uses the GCA browser: traders use it quite regularly when there are situations where there is a difference between the golden record from DTCC and new information out in the market.

Since implementing GCA, Abbey has been able to keep its headcount at the same level. “One option if we hadn’t decided to use the DTCC service would have been to hire people to perform a validation service inhouse,” he says. “Because we have not had to do that, we have seen efficiencies. So far, we haven’t missed any events since we implemented the feed in December, and nor did we miss any events when we were using the browser as back-up. This is not just down to GCA – you do have to have your people doing the work as well – but it is in part down to having the golden record from DTCC.”

Rees has past experience of using the GCA service from his time at Credit Suisse. “It is clear that the work DTCC has done with customers during the past few years has helped to make the service we are taking now much more robust,” he says. Abbey works with DTCC on an ongoing basis, via regular monthly meetings and working groups with its peers, to discuss issues with the system and its product coverage. “The work DTCC is doing on the bond side, for example, will certainly benefit us,” he says. “At the moment, we are not reliant on GCA for bond coupon information and data on mortgage-backs but if we get to the stage where we can utilise it, it will definitely be valuable to us.”

Abbey is also looking to use GCA as a global solution. “Santander is very big in Latin America,” says Rees. “Whilst in London we do a very small amount of business in this market, we need to review GCA’s current coverage to see if it will be appropriate for use by Santander.”
Richard Bustard, European sales director for GCA VS, says: “The more clients we bring on board outside the US, like Abbey, the better it demonstrates that the GCA service is not US centric, which is a view that some people in the market have. There is a focus for GCA from the top of DTCC on the non-US market which, in 2007, we will support with an even stronger sales and marketing effort in Europe.”

END_OF_DOCUMENT_TOKEN_TO_BE_REPLACED 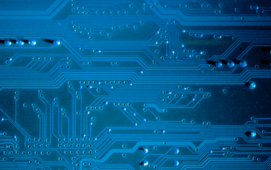