To gauge opinion on the UK’s exit from the European Union, A-Team Group, producers of Intelligent Trading Technology, recently conducted a survey among capital markets participants. The survey uncovered serious concerns about the impact Brexit could have on the UK financial data and technology industry, with 85% of respondents expecting the impact to be negative for the industry. There was less concern for the global industry, with 53% suggesting a negative impact.

Featured Download: Survey results on Brexit to gain an understanding of changes in financial markets that are expected to result from the UK’s exit from the European Union.

Among the problems causing negativity is the potential end of the EU passporting system that allows firms in one European Economic Area (EEA) member country to use a licence in that country to access the single market and perform similar business activities in another EEA country. If the outcome of negotiations on Brexit with the EU does not include passporting, UK financial services firms will most probably have to apply for licences to trade in individual EEA countries and establish local presence.

Survey respondents considering the potential shift of business from the UK to other European locations as a result of Brexit favoured Frankfurt as a destination, although the next favourite option was for the majority of functions to remain in the UK. Some 27% said they would expect to move some trading to the German financial centre, with 21% suggesting a move to Paris and 23% expecting to keep trading in the UK. In terms of execution venues and clearing, there is expected to be movement to Frankfurt, although data management, risk management and fund management are more likely to remain in the UK. (Download our survey results to see the breakdown by function).

Considering how firms are responding to Brexit in terms of regulation, some 39% said they are continuing with planned investment in regulatory compliance across regulations including Markets in Financial Instruments Directive II (MiFID II).

The survey also questionned how Brexit might impact regulations that organisations in the UK will have to comply with. The response highlights the belief that regulation is unlikely to reduce following Brexit as the UK sees the necessity of most EU requirements resulting from the 2008 financial crisis and is likely to promote equivalence in regulation as part of its bid to trade in the single market.

Commenting on the regulatory issue, one respondent said: “Britain could be in a situation where it needs to establish local market regulations to prevent financial and data protection crises, while also complying with EU directives to permit future trading with EU countries.” Another noted: “Business as usual will depend on passporting and the degree of regulatory equivalence that follows post Brexit.”

On the positive side, and considering whether Brexit could provide opportunities for growth in the UK financial industry, 15% of respondents suggested that less European bureaucracy will make business in the UK more efficient and less costly, leading to local growth opportunities. Bearing this out, one respondent said opportunity will come from focusing on the value of agility afforded by a reduced bureaucratic overhead. Another concluded: “If Britain can find innovative ways to work within the new reality, then there are some real possibilities for growth.”

Nearly half of the survey respondents were based in the UK, 15% in mainland Europe, 33% in North America and 4% in Asia-Pacific.

END_OF_DOCUMENT_TOKEN_TO_BE_REPLACED 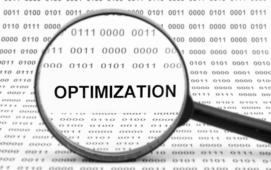