A-Team Expands with Addition to Team of Harris, George

A-Team Group, publisher of Reference Data Review and other titles, has expanded its team to support its ongoing growth. Thea George, a well known and highly respected journalist, joins us from STP Magazine where she was editor for a number of years, to become editor, A-Team Publications. She will be taking over as editor for Reference Data Review and Transaction Networks & Technologies, as well as becoming contributing editor for Market Data Insight and MiFID Monitor. She will report to president and editor-in-chief Andrew Delaney and will be based in London.

We are also pleased to welcome Pete Harris as president, Americas and editor-at-large, based in New York. In this role, he will be responsible for managing and developing A-Team’s business in North America.

Before joining A-Team, Mr. Harris worked as an independent consultant, advising technology innovators on how to best position their products and services to serve Wall Street and the financial markets.

Prior to working as a technology consultant, Mr. Harris held a number of editorial, publishing and management positions – including editor-in-chief and president – at Waters Information Services (now Incisive Media). There, he spearheaded the company’s move into events and online services.

Earlier in his career, Mr. Harris specialized in software development. In the mid 1980s, he was a project manager and software architect, working in the Advanced Systems Group of the London Stock Exchange. At the LSE, Mr. Harris built one of the world’s first digital market data distribution systems, dubbed Radix. He has also held a variety of software management and development roles at Intercom Data Systems (now Fidessa), Knight-Ridder Unicom (since merged into Reuters) and the Financial Times.
Angela Wilbraham continues in her role as founder and chief executive officer.

END_OF_DOCUMENT_TOKEN_TO_BE_REPLACED 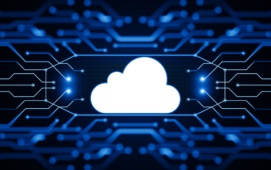