Latency management specialist TS-Associates is planning to integrate Correlix, the trade flow analysis tool it acquired in July 2012, and TipOff, the network and data flow monitoring tool it developed in-house since 2006.

The integration builds on the company’s experience of the products in the market before the acquisition of Correlix and is planned in two phases that will ultimately deliver a single monitoring, analysis and reporting solution.

Henry Young, CEO at TS-Associates, explains: “Before the acquisition we competed with Correlix, but found the products won different types of end users. If the customer requirement was technology infrastructure oriented, we would win with TipOff. If the requirement was business centric, Correlix had more appeal. Now we own both products we appeal across both users types and can support both a technology use case and a businesses use case.”

The first, short-term phase of the integration involves a product convergence strategy that deploys Correlix and TipOff side by side, integrates them as they are and retains the two products’ user interface designs. The products will run together on the same hardware under the same operating system, leveraging the same underlying user interface framework technology and sharing visibility of the same network traffic.

The second phase of integration will bring together the best of the products’ core, back-end technology components to create a best-of-breed solution with a single code base to maintain. The integrated product will continue to support the familiar user interface designs of TipOff and Correlix for some time and until there is a smooth migration path for existing customers to an integrated, best-of-breed user interface. In the meantime, TS-Associates is introducing additional user interface ‘skins’ to facilitate migration from competing products to its own.

Young says: “The second phase of integration is underway, but it is time consuming as there is a lot of software and intellectual property in both Correlix and TipOff. The project is being run in an incremental manner so that it delivers useful things to customers along the way. For example, Correlix 5.3, which is on beta test and will be released in September, includes licensing management software from TipOff, giving users common licensing processes across the products.”

Says Young: “We will be able to cater for all needs; legacy customers, new customers for either type of service and customers that want deep integration of the capabilities of Correlix and TipOff. There will be no change for existing customers, except the ability to use new features resulting from the integration strategy.”

As well as outlining TS-Associates’ next steps, Young details the company’s recent release of Correlix 5.2, which added integrated reporting and account mapping. These features were previewed in version 5.0 in April 2013 and carried through to 5.2, the first major release since version 4.0 was developed under the auspices of the Correlix company.

While Correlix can be used in real time to monitor systems and alerts can be configured to highlight correction requirements, reports are typically required at the end of the day and are delivered as PDF or HTML files to brokers and exchanges wanting to understand issues such as trade volumes, customers flows and latency statistics, perhaps in association with particular parts of the trading network such as gateways.

The account mapping feature included in Correlix 5.2 allows high frequency and latency-sensitive traders to move from the FIX protocol to binary protocols increasingly offered by exchanges and brokers, and including well adopted protocols such as Ouch. Account information that is present in FIX orders is often omitted from binary order entry protocols, but this is resolved by the account mapping feature that reconstructs the information from session management messages or by inference from complex correlation rules.

Young says Correlix 5.2 can support all binary order entry protocols so that information can be categorised by computer flow or accounts either in real time or at the end of the day. He notes that while decoding for binary protocols is built into Correlix 5.2, those who would prefer not to share their protocols can build decoders with the company’s software development kit.

To date, TS-Associates has nearly 50 customers worldwide, with about 38 using TipOff and 10 using Correlix. Despite competition from the likes of Corvil and in-house builds, Young sees plenty of scope for growth, not only with the integrated product, but also as a result of market demand that spans from firms wanting to glean insight into how their business is operating to those that want visibility into low latency or high frequency trading systems.

END_OF_DOCUMENT_TOKEN_TO_BE_REPLACED 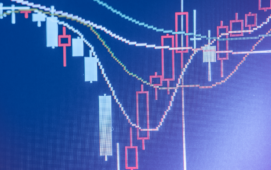